With the start of the new season a little over a month away, news broke today that the new turf at Anfield has finished being relaid, and control has now officially been handed over to our dedicated team of groundsmen.

According to the official site, head groundsman David Roberts received the pitch from construction workers on Friday afternoon (via official site).

Frankly, it looks shocking at the moment – the team have a lot of work to do to get it ready for the big kick-off, though they will be helped by the fact our first three games of the season are all away from home.

The picture below reveals just how much work will be required. Though, as an aside – how good does that new stand look in the background?! 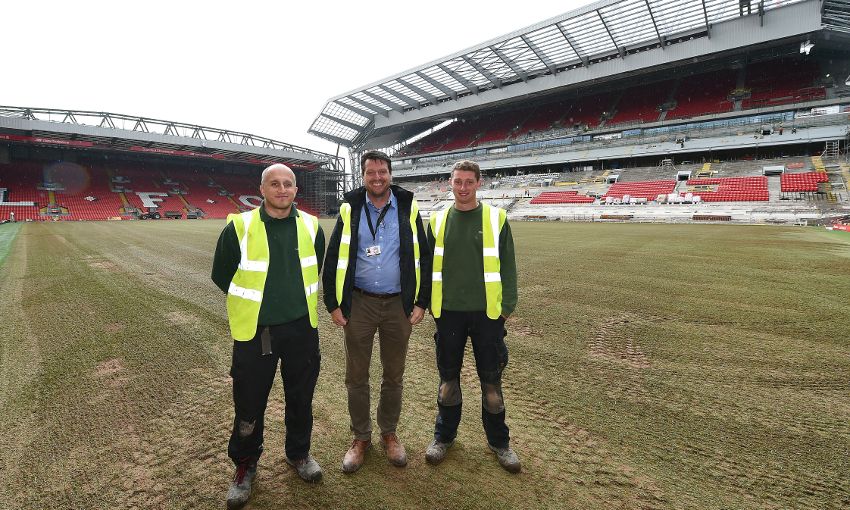 Once finished, the new stand will take Anfield’s capacity to almost 54,000 and will bring 1,000 new jobs to the area.

It should be entirely finished within a month.