It took him a while to find his feet with Liverpool last term following his move from Hoffenheim, but eventually reached double figures for both goals and assists and established himself as one of the first names on the team-sheet.

The media is currently focussing on new arrivals, but a fully fit, rested Firmino could take the Premier League by storm next term.

Although if he’s to do so, he’ll need to put some serious work in this summer as it looks like he’s returned to Melwood carrying some timber!

The Brazilian didn’t play for his country during Copa America, so has been holidaying since our Europa League Final defeat – as displayed by his constant social media updates.

Along with a new haircut, Firmino seems to have brought some unwanted pounds back with him!

Under new fitness coach Andreas Kornmayer, and with Jurgen Klopp planning triple sessions, we’re pretty sure the extra weight will fall off soon!

Here’s the image of Firmino at training which have generated the discussion: 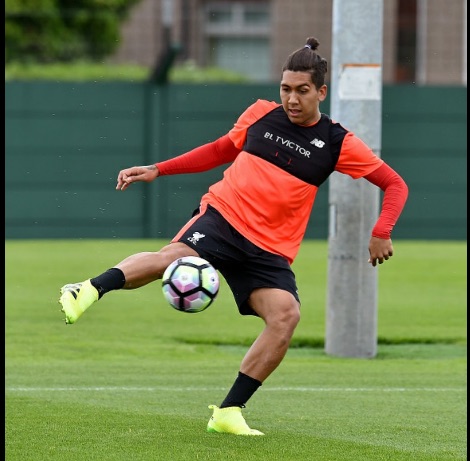