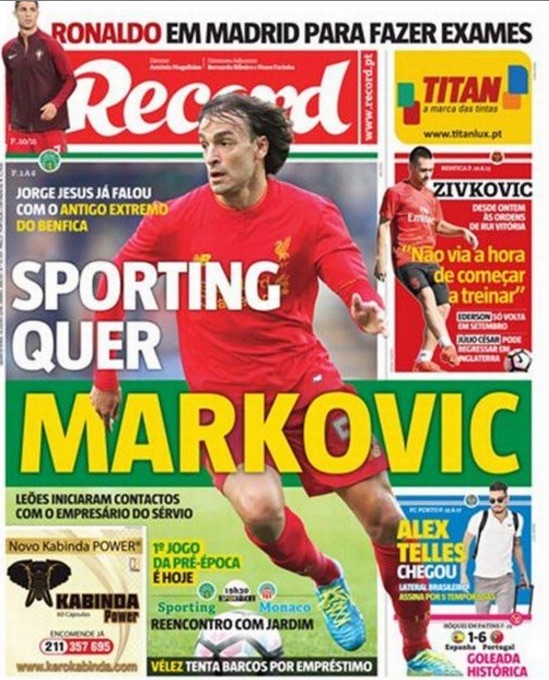 The 22-year-old arrived from Benfica, a huge rival of Sporting Lisbon, in 2014 – but failed to establish himself during Brendan Rodgers’ difficult last full season.

As a result, the Northern Irishman loaned Markovic to Fenerbahce last season, where injuries disrupted his progression, but he’s now back at Melwood under Jurgen Klopp.

The winger earned friendly minutes versus Tranmere on Friday, and Klopp has said he’ll give Markovic a chance to prove himself. However, Jorge Jesus, who managed Markovic at Benfica, is now at Sporting, has admitted there’s been initial contact about a potential deal – which could be attractive for our no.50.

We rate Markovic as a player with enormous potential, and would be sad if he didn’t get a chance under the German. The Serb works hard, is rapid and possesses technical ability, so on the surface would suit Klopp perfectly.

As he can play on either flank or behind the forward, he’d provide a handy squad option this coming season, and unless Sporting are offering very big money – we’d like Markovic to stay for one more season.