NBA superstar LeBron James is a big Liverpool fan and has offered his services to Jurgen Klopp if he needs an extra body during our pre-season tour of the US this summer (via ESPN). Dejan Lovren is clearly an admirer of the power forward, so he has offered his number up to the former Cleveland Cavaliers star if he wants it.

LeBron James posted an image with his name on a Liverpool shirt in an Instagram post, which just so happened to be the No.6; usually worn by Lovren.

The Reds star was more than willing to give up his shirt number for LeBron though, replying to “the king” with an Instagram post of his own. 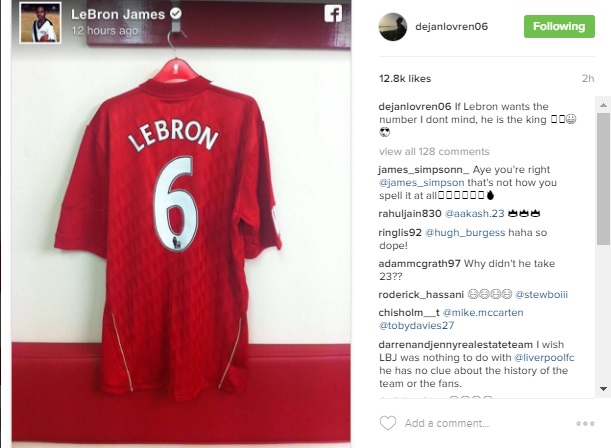 We’re soon set to fly out across the pond for a series of pre-season games against the likes of Chelsea, AC Milan, and Roma. The basketball superstar is clearly offering his services up for one of those games, which would certainly be an interesting sight.

At 6ft 6′ he could be a great target-man up front, although he’d have to get used to the fact that he can’t use his hands.

Or would we rather have him actually replace Lovren at the back in the No.6? 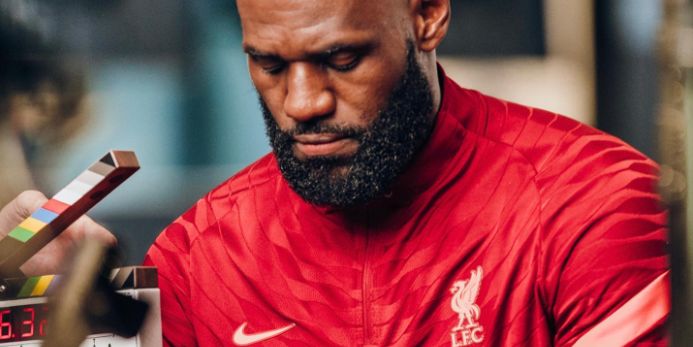