Arsene Wenger could be forced to name a significantly understrength Arsenal XI on the first day of the new season when we travel to North London.

According to the Metro, French internationals Olivier Giroud and Laurent Koscielny will both miss out after going all the way to the final of EURO 2016, while Germany’s creative midfielder Mesut Ozil will also be given extra time off.

Lastly, their star man Alexis Sanchez will definitely miss out after badly injuring his ankle in Chile’s Copa America final victory over Argentina.

Their only new players are Granit Xhaka and Takuma Asano, meaning the Metro are predicting the following starting XI: 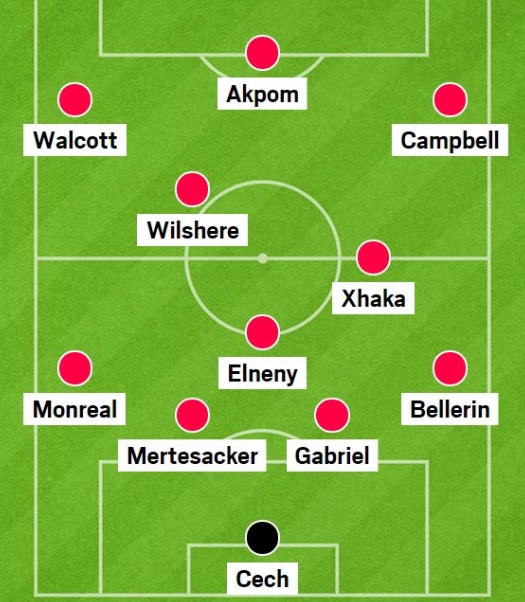 The game is scheduled for a 4pm kick-off on Sunday, 14th August.

Who would you pick in our starting XI? Let us know in the comments down below…