It looked for a brief moment like it was written in the stars — against all the odds, an 18-year-old keeper makes his debut in attack and slams in a late match-winning penalty.

Liverpool fans around the world might have been desperate for young Shamal to step up and take the kick, but Klopp has now explained why he didn’t.

“Even though it doesn’t look like it all the time, for us these games are quite serious,” he said (via official site).

“We don’t want to make a joke of it! It’s nice for the crowd but in no game in the world should we make funny decisions. If it’s 4-0, 5-0, we can think about it, but even then it’s a lack of respect for the opponent.”

He also said he wasn’t even planning to use Shamal and had made a system to play with ten men, but his staff convinced him to throw on the youngster:

“They told me from the bench after I’d organised the system with 10 [men] and they said, ‘Come on, we have have Shamal!'” he admitted. “We changed the formation to have Shamal as a striker – he did wonderful.”

He concluded by saying he expected to see the English and Welsh internationals play some part in the upcoming tour of the United States:

“In our first friendly game in the US I think we’ll have 15 or 16 players who could play 90 minutes then we’ll see how the English boys, the Welsh boys and so on are and make a decision.”

“The coaches will have a lot of work with the different groups in how they play and train, but that’s how it is, it’s no problem.”

Our first game on tour is next Wednesday against Chelsea. By that time we will only be two and a half weeks away from the start of the season. 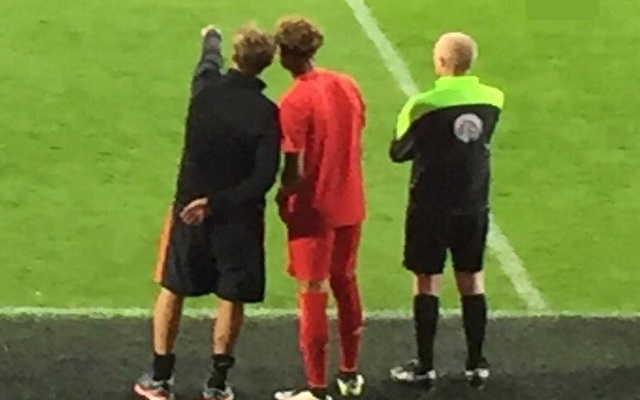