We have just officially released our new third kit for the upcoming season.

Jurgen Klopp, James Milner, Adam Lallana and Simon Mignolet took part in the unveiling event, which was held at Facebook’s headquarters in California and streamed live on the internet.

The goalkeeper kit is somewhat better, sticking to a more traditional gray and black combination. 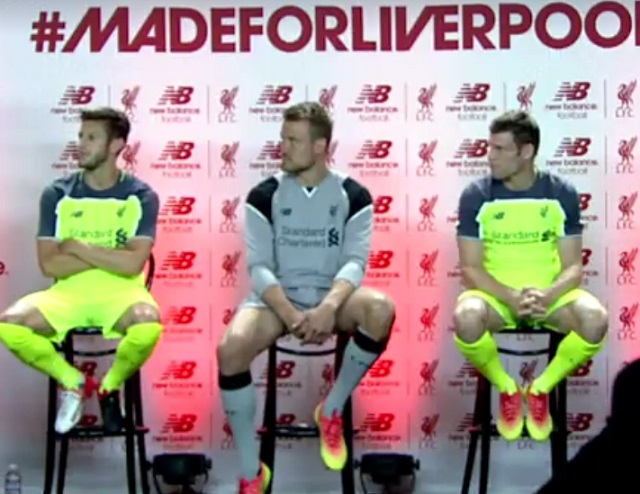 Still – we shouldn’t have to wear it that often – by our reckoning, the only Premier League game where it’ll be required is Bournemouth away – though we’ll probably roll it out on a couple of other occasions too.

Let’s just hope it doesn’t blend into the grass too much…!

The kit is available online, and according to the official site, anyone who orders before 7th August will receive a £10 gift card.