We’d advise taking this story with a pinch of salt after a little consideration, but find it intriguing nonetheless.

After all, links to unknown Brazilian strikers are exciting, aren’t they?!

Spanish outlet SPORT (via talkSPORT) claims that we bid for Gremio’s forward Luan Vieira, but that the South American club turned down our advances.

Barcelona and Leicester City have been heavily linked to the 23-year-old’s services as well, with Luan bagging 17 goals last term. In total for the Brazilians, he’s notched 25 in 105 matches, which for us – doesn’t seem too exciting when you consider other clubs are vying for the likes of Gabriel Barbosa and Gabriel Jesus right now…

Liverpool already have a plethora of strikers available, and are actually trying to offload the likes of Christian Benteke and Mario Balotelli rather than bringing anybody in.

It’s for this reason we’re not sure SPORT have properly checked their claims out!

Instead of worrying about potential South American forwards, Jurgen Klopp will be debating who to lead his  line from the current batch. Divock Origi impressed when given minutes on tour and is breathing down Daniel Sturridge’s neck. 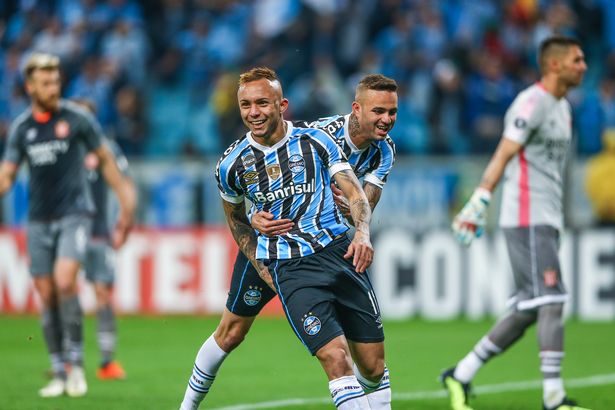