Yesterday was pleasing for so many reasons, but one of the non-match related ones was a cameo by our legendary former winger John Barnes on the tube!

The 52-year-old, who was so brilliant for us in the 1980s and 1990s, rapped his part of the New Order classic World In Motion – before making a smooth exit onto the platform!

Barnes is one of Liverpool’s greatest ever players, coming fifth in Liverpool’s 2006 vote: ‘100 players who shook the Kop’.

He won two league titles, two Player of the Year awards, two FA Cups and a League Cup during his stay at Anfield.

Thanks to Daniel McCafferty who captured the moment! 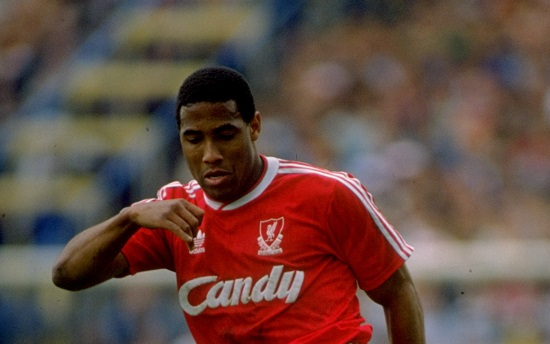 (Video) Brilliant compilation of John Barnes does the rounds on Reddit