Michael Oliver has been named as the match referee for our trip to Arsenal next Sunday.

According to the Premier League’s official website, he will be joined by linesmen Eddie Smart and Stuart Burt, as well as fourth official Craig Pawson.

Oliver is arguably the second-best ref in the league at the moment, with Mark Clattenburg the undisputed number one. Clattenburg’s place was cemented this summer as he took charge of the FA Cup final, Champions League final, and European Championship final.

He has not been given a game this weekend – probably due to his aforementioned summer commitments.

Oliver has refereed 17 Liverpool matches – most recently in our 1-1 draw with Chelsea at Anfield at the back end of last season.

He also took charge of our 3-1 loss to Man Utd and 0-0 draw with Arsenal last term – underlining the FA’s preference of turning to him for the biggest games.

He’s shown 30 yellows and one red card in those 17 games. (via LFCstats.co.uk)

Michael Oliver had no say in postponement of Manchester United v. Liverpool 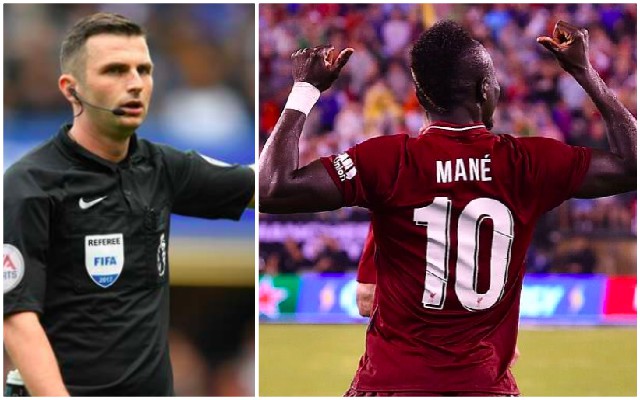