Arsenal’s record goalscorer, Thierry Henry, has backed Sadio Mane to emerge as one of the best players in the league this season.

According to a quote published on the official site, Henry urged fans to look beyond big-name players like Paul Pogba and Zlatan Ibrahimovic.

“There are all the usual suspects like Pogba and Ibrahimovic,” said the Frenchman.

“But the outsider for me who I think will have a good season is Sadio Mane at Liverpool.

“I want to see how he is going to do and with the way Liverpool play, I think he could have a very good season and be a crowd favourite.” 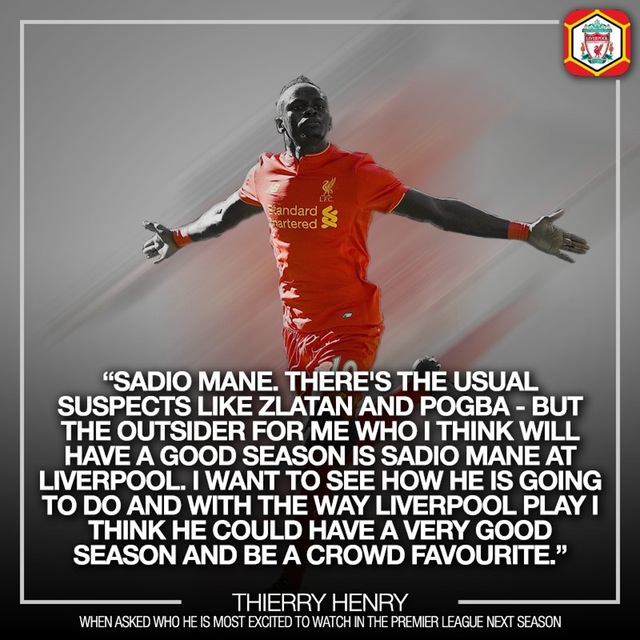 Mane was signed from Southampton earlier this summer in a deal reported to be worth around £34 million.

He scored his first goal of the pre-season in our 4-0 drubbing of Barcelona at the weekend.

It’s widely thought he’ll be named in the side for the season opener against Henry’s former club Arsenal at the weekend.

Do you agree with Henry’s comments? Let us know in the comments.