This is a wonderful piece of news from today…

The club announced via the official website that two areas outside the New Main Stand will be named in honour of the Hillsborough victims and Bob Paisley, our three time European Cup winning manager.

’96 Avenue’ will be a path leading from Walton Breck Road High Street to the ground, and ‘Paisley Square’ will be an congregation area for fans to gather before games where the Kop meets the Main Stand.

Margaret Aspinall, chair of the Hillsborough Family Support Group, said: ”We are delighted that this beautiful area in front of the Main Stand will be named in memory of the 96,”

“We have been speaking with the club throughout the expansion project on all Hillsborough matters and I’m sure fans will enjoy walking down and visiting 96 Avenue.”

Robert and Graham Paisley, Bob’s sons, said: “It is truly an honour for our father to be recognised in this way and we’re grateful to the club for being involved in this incredible project.

“People who knew dad would know that he didn’t like any fuss or being in the limelight but having the Paisley Gates and now the Paisley Square is true testament to the success that he had as manager and ensures that his memory will live on.”

We love that the club has used our New Main Stand as an opportunity to pay homage to the our biggest tragedy and most successful manager.

It would have been easily to sell naming rights, but we’ve respectfully remained traditional in our approach – which we think sets us apart from other clubs. 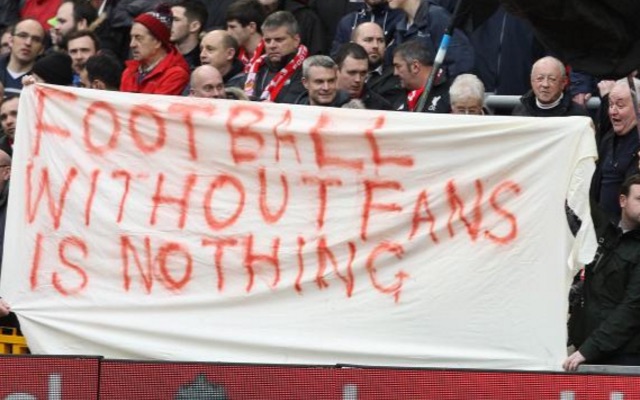