Sometimes Liverpool fans are given a treat when the newspapers break their news at 10:30pm, and last night, to our surprise, we discovered from proper sources, such as Bascombe in the Telegraph, that Liverpool have bid £11m for Borussia Dortmund’s Christian Pulisic…

The 17-year-old American has full international caps already and has scored twice in nine Bundesliga matches, but with the Germans signing the likes of Mario Gotze, Andre Schurrle and Ousmane Dembele this summer – his chances of playing time this term are limited.

Respected German journalist Raphael Honigstein has outlined the situation on Twitter, and sadly, it looks like a deal won’t get done. 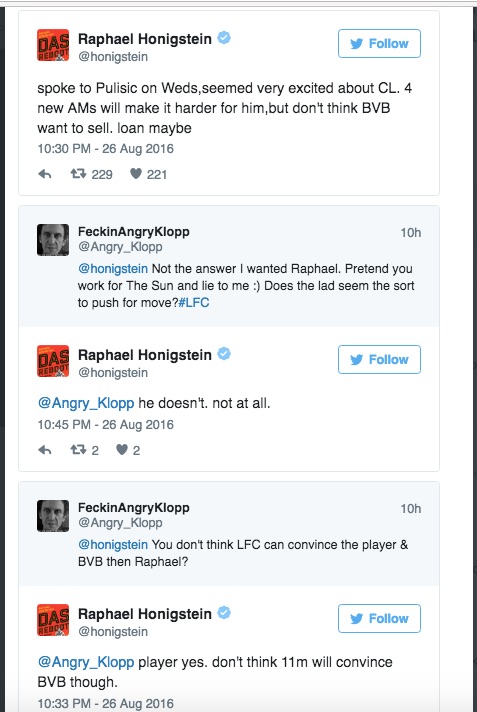 Although Pulisic could be tempted by Liverpool and Klopp, BVB have no intention of parting with their potentially world-class star.

They’ve received so much cash this summer from the sales of Mats Hummels, Henrikh Mkhitaryan that they don’t really need £11m – or even if we doubled that – it’s quite an inconsequential fee – all things considered.