Liverpool have been revealed at the leading club in Europe in terms of player sales since 2010.

According to research by CIES Football Observatory (cited on Four Four Two), we have shipped out £374 million of talent in the last six years. 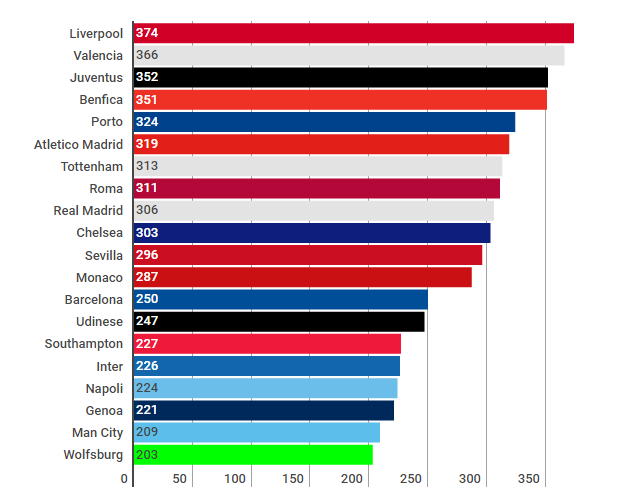 Of course, our figures have been helped by the big money sales of Fernando Torres for £50 million, Raheem Sterling for a similar amount, and Luis Suarez for +/- £70 million — but on the flipside Juve’s figures include the Pogba deal and Spurs’ figures include the Gareth Bale deal.

We spent around £55 million on Mane and Wijnaldum alone this summer, but it was dwarfed by deals at Old Trafford and the Etihad.