Liverpool skipper Jordan Henderson has already gone some way towards putting his injury plagued 2015/2016 campaign behind him with some promising displays.

The midfielder has already played 450 minutes of Premier League football having only featured for a total of 1,290 minutes last season.

He is beginning to rediscover the form he showed across the 2013/2014 year as evidenced by the contributions he has made in recent wins against Leicester and Chelsea.

Check out these stats, provided by Oulala – the skipper is so far outperforming himself in every key midfield statistic. 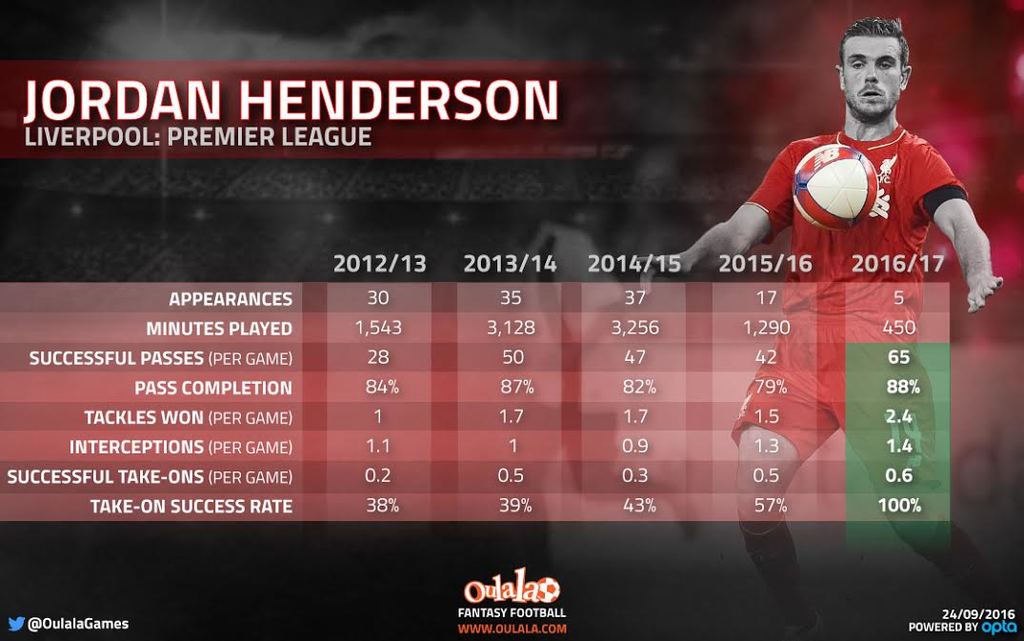 Henderson’s range of passing and work-rate appears to have cemented his spot in central midfield for now. On average, he has made 65 successful passes per game which translates back into him successfully linking midfield and attack in the way Klopp wants him to.

His 88% pass completion stands as his best in five seasons and is a promising figure when it comes to him being a reliable figure in the middle of the park.

SEE MORE:
Matt Le Tissier names just one LFC player in ‘Team of the Season’ so far, in odd position

This suggests he is going the right way about trying improve Liverpool’s overall defensive game.

Hopefully, Liverpool’s captain can continue his form throughout the rest of the season as his side fight for a valuable Champions League spot.