Five minutes after the break, Hull City pulled a goal back.

It was a bit fortunate, a loose ball from a corner bounced around the area before eventually falling to David Meyler six yards out.

The Hull man rifled it home, Karius stood no chance, the ball was already in the back of the net before he could move.

As ever, when you concede a goal, there are worries that it might spark a resurgence from the other side.

Not in this case.

It took just NINE passes, including the kickoff, from the ball to go from the back of our net to the back on their net, as Coutinho scored a wonder goal.

This tweet perhaps sums up the passage of play better than anything else we’ve read:

This is beauty. Absolutely extraordinary stuff from @Phil_Coutinho. Phenomenal response after the @HullCity goal. 4-1 @LFC lead at Anfield 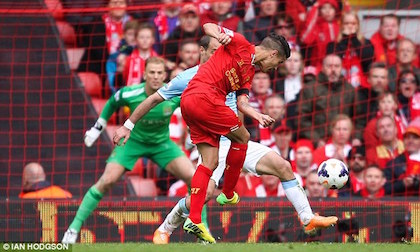