Who was Man of the Match in yesterday’s win over Hull?

It was really, really hard to choose someone. Was it Phil for his wonder goal and assist? Mane for his threatening play? Lallana for his work rate?

We don’t know. We had a really tough time choosing someone in our player ratings article.

And it seems Liverpool fans around the country were just as perplexed. 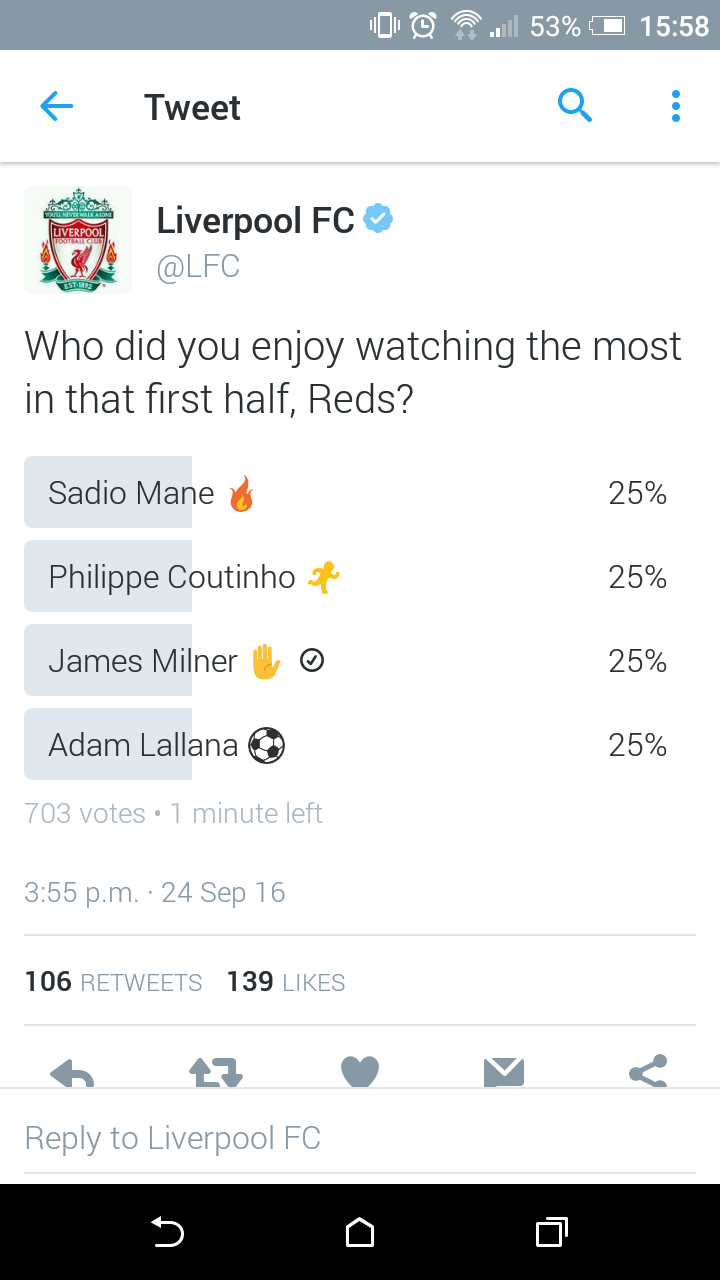 Admittedly, this was only sent at half-time, but it shows how evenly-distributed everyone thought our performance was.

Given that the official Liverpool Twitter account has 6.25 million followers, the fact that this was split so evenly is truly remarkable.

The win moved us back into the top four in the league. We are five points behind Man City and just one behind Spurs in second.

Were you at the game? Who was your man of the match?