It’s not very often that we get any compliments from those associated with our rivals at the other end of the East Lancs Road.

Gary Neville aside (and let’s be honest, he is being paid to be nice to us!) we can’t remember the last time a Manc enthusiastic about a Liverpool side.

Phelan was part of the United side that won the title in 1993, but has been in management for a long time. He had just watched his Hull side lose 5-1 at Anfield, and was glowing about our performance and our boss.

“What we have seen of Liverpool is they are strong and determined,” said Phelan.

“They have a method of playing which Jurgen has brought in which is different from what they’ve had before, and right now they are flying.

“They have a squad that’s really, really up there with the other top squads.

“Jurgen has brought the counter-pressing from his time in Europe. He knows that’s his strength in coaching and has the players on the right wavelength.

“It’s something for us all to aspire to.” (Echo)

He adds his name to Thibaut Courtois, David Luiz, Nigel Clough, Mauricio Pochettino, Kasper Schmeichel, Danny Rose, and Darren Bent – all of whom have said variations of the same thing — we’re a top side who will be competing for serious honours come May.

Where do you see us finishing? Let us know in the comments. 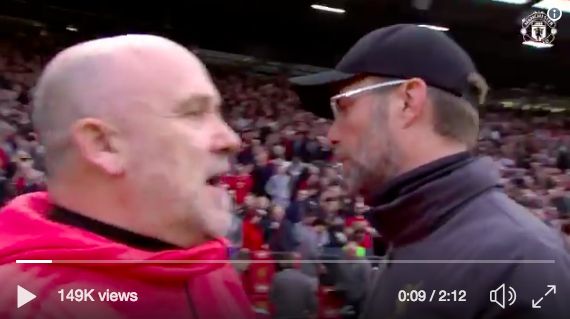 (Video) Can you work out what Mike Phelan said to Klopp on Full Time?