According to FIFA 17, Coutinho has the ability to develop into one of the world’s best players, as indicated by his ’89 potential’ rating.

He has the highest ceiling according to EA Sports, but German midfielder Emre Can is just behind on 88. Next, interestingly, is our new keeper Loris Karius on 87, with brilliant forwards Daniel Sturridge and Roberto Firmino next on 86.

If Karius develops into a world-class keeper, the £4.7m we acquired him for will look a monstrous bargain!

FIFA 17 suggest Divock Origi, Nathaniel Clyne and Sadio Mane can go no higher than 85, which is perhaps a little harsh – especially on Mane based on his start to the season.

For us though, it’s Trent Alexander-Arnold and Joe Gomez who’ve been most underrated. The game makers don’t think our two English teenagers can climb above 80, which suggests they haven’t seen much of the pair in action! Ben Woodburn isn’t listed, but we’d be very intrigues to see his potential given his start to life in the Under-23s aged just 16!

Check out the list for yourselves, from top to bottom. (Poor Ragnar!) 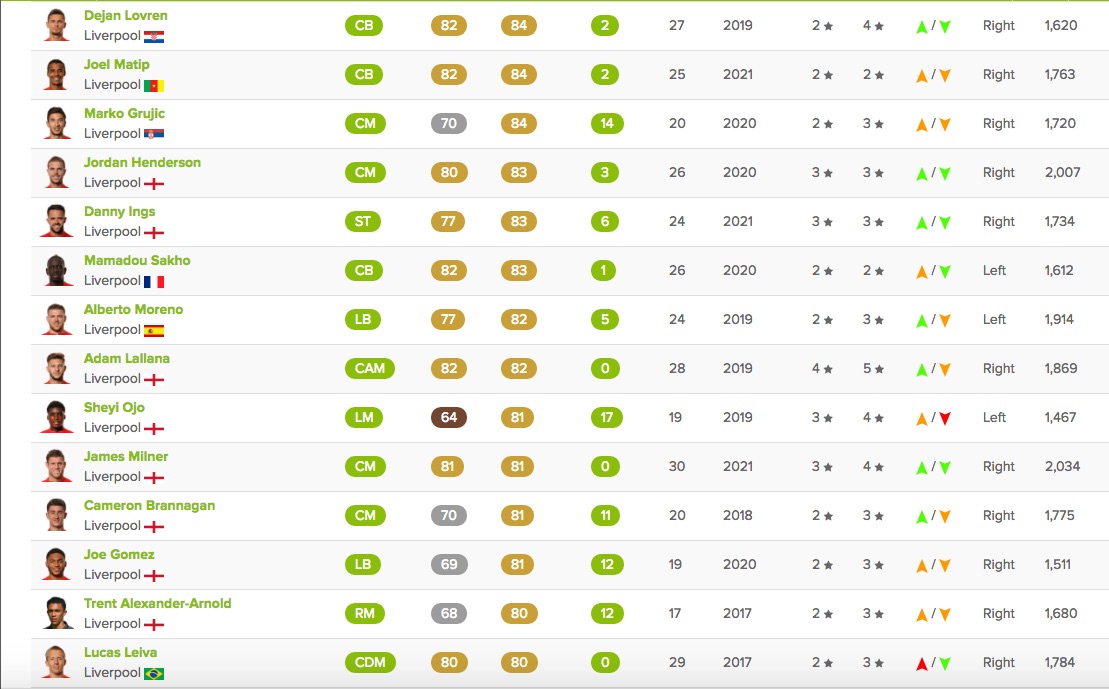