Howard Gayle – who was the club’s first ever black player – has urged the British government to drop the word “Empire” from its honours titles.

Gayle set off a debate earlier this year when he rejected an MBE, saying it would be a betrayal of his values. He said his “ancestors would be turning in their graves after how Empire and Colonialism had enslaved them” if he had accept the award.

Speaking about the rejection today, he said the following:

“If they want to be inclusive and accepting of black people around the UK and the Commonwealth, then they need to change the title of it – as it’s an exclusive club being an MBE or OBE or one of those gongs.

“A lot of people around the world contacted me to say they accepted my decision and that the title of MBE did rankle.” (Echo)

The Liverpool-born born forward played for us between 1977 and 1983 and won a European Cup medal in 1981. He made a match-turning appearance in the semi-final that season, writing himself into the club’s folklore in the process.

He spent the last two seasons of his Liverpool career on loan with Fulham and then Newcastle, before going on to play for Birmingham, Sunderland, Stoke, Blackburn, and Halifax in the rest of the 1980s and early 1990s. 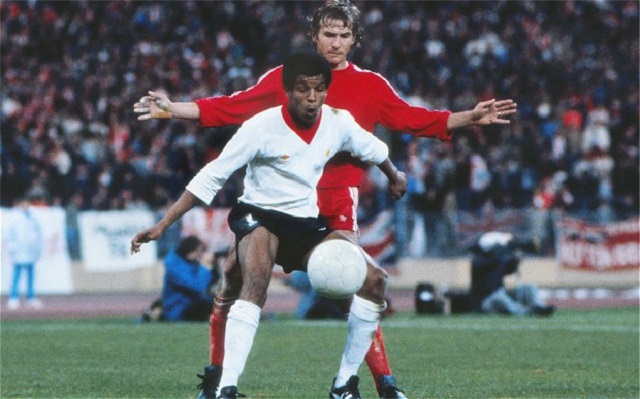 Liverpool trailblazer rejects MBE claiming it would be a “betrayal”