All Liverpool fans will at least be familiar with the very distinctive voice of long serving Anfield announcer George Sephton, even if some are unable to picture his face.

George worried friends and family members on Saturday night after collapsing at an event at Anfield celebrating 40 years since Bob Paisley won his first trophies as Liverpool manager.

He has since however taken to Twitter to confirm his gradual return to health as well as thanking everyone for their support.

For the record. I had what’s called in the trade ” a heart scare” when stone cold sober and flaked out before collapsing. All is now well !!

24 hours after getting home I feel great. Thanks to the NHS and to my friends at Anfield and the Supporters Club.

Audience member Graham Duncan described the moment he realised George was unwell and how this eventually led to his friend Lee putting him on his side.

Duncan told the Liverpool Echo: “We were probably about three quarters of the way through the night with a Q and A going on with some of the players and George looked as if he was getting up, maybe to go to the toilet or possibly because he wasn’t feeling well.”

“He just looked to try and grab a shelf to steady himself but he fell back and collapsed. People went to help and a friend I was with Lee got him on his side and then people called for an ambulance.”

Supporters will be happy to see George has been in high spirits on social media and on the road to recovery.

George himself will be undoubtedly keen to get back to doing what he loves and returning to the home of Liverpool to give his support to Jurgen Klopp’s men.

We wish him a speedy and relaxed return to full health and are looking forward to hearing his voice grace the Anfield terraces again in time to come. 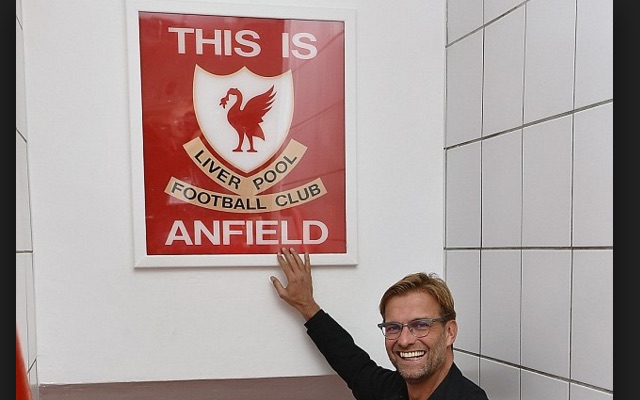