Liverpool are very much in the race for a forward touted as ‘The next Zlatan Ibrahimovic’, judging by recent reports…

Swedish outlet Matchdax confidently state Liverpool representatives were in Stockholm on Monday before AIK’s match with Gothenburg to discuss a potential transfer for Alexander Isak – the 17-year-old who’s interesting many major European clubs.

They state that the news was confirmed to them by a source close to AIK and Liverpool, so we’re confident they’re on the ball.

He’s skilful but also has a physical presence which belies his age.

If Liverpool were to get a deal done we’d be fighting off competition from many, many sides – but Isak wouldn’t be someone immediately considered for first-team consideration.

The likes of Daniel Sturridge and Divock Origi are spending time on our bench while Danny Ings can’t even get in the squad, so Isak would have to content himself with Under-23 game-time or perhaps a loan spell.

We’re being very speculative of course, but there’s a chance we could do a deal similar to the one with Marko Grujic last season, where we bought him in January and loaned him straight to his parent club until the summer… 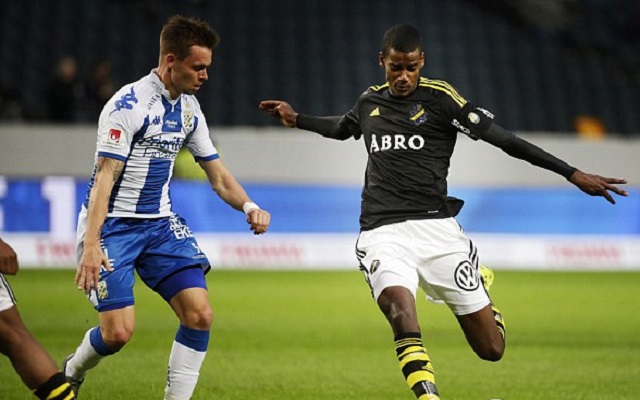