We’re never really sure what to make of these ‘value’ lists, but find them pretty interesting to read nonetheless…

This is why you’ll see 24-year-old Neymar has taken over 29-year-old Lionel Messi as the world’s most ‘valuable’ player!

Liverpool have two representatives, with Coutinho (€75m) named as the 12th most valuable player in the world, ahead of Chelsea’s Eden Hazard, Arsenal’s Alexis Sanchez and Manchester City’s Kevin De Bruyne.

Down in 39th is Sadio Mane at €48m, which is testament to his wonderful start to life on Merseyside – considering we signed him for around £30m in the summer.

Personally though we think Roberto Firmino should be on here, although you can’t put his value to us in figures.

So in conclusion, this means very little – though it does represent that if any club did want to snare Coutinho, they’d have to pay an obscene amount of money to make it happen.

That’s not something we wish to consider any time soon, of course. 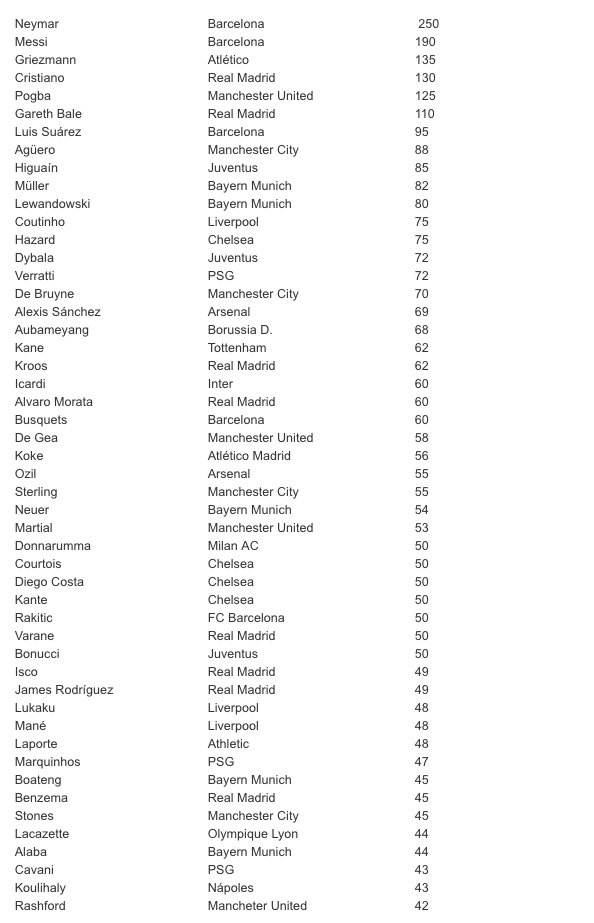