A combined starting lineup made up mostly of Liverpool players is always good to see and Graeme Souness has treated us to just that ahead of Sunday’s game against Manchester United.

Souness sprung a few surprises as he opted to leave out Paul Pogba while selecting an all-Liverpool defence, not that we’re complaining. 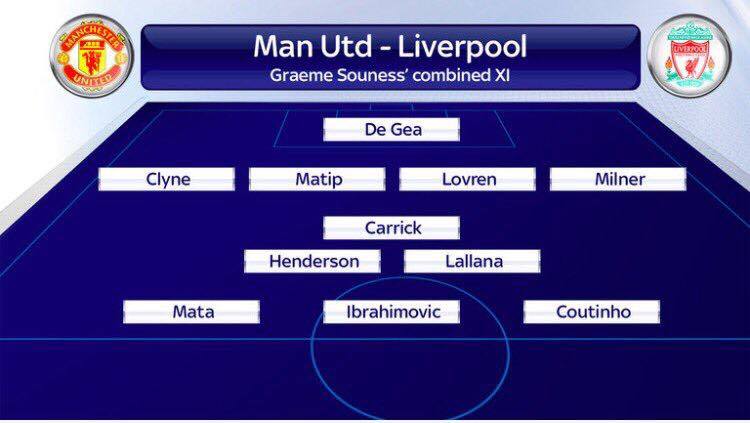 Liverpool’s back four has been subject to a lot of criticism so far this season with doubts still clearly looming over whether we have the defensive personnel to help this team maintain a title challenge.

It seems, however, that Souness has more faith in Jurgen Klopp’s defenders than he does in Jose Mourinho’s. If it wasn’t for Joel Matip’s injury, the Reds would not have changed at the back with Klopp’s preferred defensive quartet clear to see, unlike Mourinho’s.

Philippe Coutinho’s inclusion is no surprise, regardless of his lengthy injury layoff. He showed enough before being sidelined to suggest he has stepped up to a different level this season and will be crucial to Liverpool’s chances on Sunday, providing he plays.