Hakan Calhanoglu has not been linked to Liverpool, but for us, he ticks all the boxes and should definitely be considered as a transfer option this summer.

The Turkish international is 23-years-old, so fits the bill in terms of the kind of player FSG and Jurgen Klopp both like purchasing – one with potential to improve and develop into a world-class player.

He has Champions League experience, having scored in the competition this season, but most importantly – possesses the kind of attributes our squad is crying out for.

Calhanoglu is one of the world’s most dangerous set-piece specialists and provides something from the dead-ball that nobody in the current set-up does – even Coutinho. Not only can he score from these situations, but he can whip in corners and deliveries from deep as well. We’ve not been especially dangerous from free-kicks under Klopp, but the arrival of the Bayer Leverkusen man would change that.

Positionally, he’d be perfect. Klopp likes to play a 4-3-3 and Calhanoglu would suit one of the box-to-box roles alongside Jordan Henderson. When Adam Lallana hasn’t played here this term, we’ve lacked creativity, but the Turk has wonderful technical skills and vision, as proven by his seven assists in all competitions this campaign. He’d be an upgrade on Emre Can in this position and could help us unlock the kind of stubborn defence which has caused us so much trouble this season.

He’s also used on the left for his Bundesliga outfit, meaning he could back-up Coutinho in the left-forward role, too. His versatility, again, would please Klopp plenty.

What’s more, he’d likely be attainable. Leverkusen are struggling in Germany this term and won’t be able to offer Calhanoglu Champions League football next season. If we finish in the top four, he’d surely jump at the chance to switch – increasing his wages and joining the best league in the world under one of the planet’s most iconic managers.

Mahmoud Dahoud has recently signed for Borussia Dortmund, but we actually think the Turkish midfielder offers more going forward and would inject more class into the final third.

If he’s not on the radar, he should be. 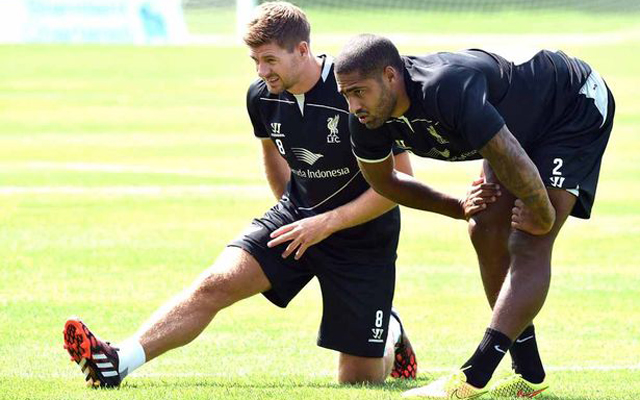