A recently shared cartoon sporting the phrase ‘Just because I’m mad, doesn’t mean I stop loving you’ seems perfectly applicable to fans of Liverpool Football Club at the moment.

A momentum changer, a season turner, the perfect response, the start of the fight back- call it what you like, the win over Tottenham was one that has set the tone for how Jurgen Klopp’s men must approach the remainder of their games.

See more: Free bets and hottest offers for all major events with Coral

Whatever it was, it evoked a feeling of euphoria and aroused a quiet, and incredibly cautious, suspicion that the players are equipped to regain some form.

Pace, aggression, fluidity. It was a frightening execution of the attacking play that granted Liverpool their frankly unexpected early season dominance. Unexpected is the key.

Crisis was how the opening weeks of 2017 were labelled. It needed only one emphatic performance, however, to unearth Anfield’s roar and force critics into a state of uncertainty in terms of what this Liverpool team is capable of during the final months of the season. Nobody knows, just as nobody knew during pre-season. A sense of mystery and the art of surprise is what perhaps serves Klopp and his players best.

The old fashioned ‘rollercoaster’ analogy has plagued discussion surrounding the Reds amidst what has been a painfully inconsistent and mixed start to the calendar year. January saw TV cameramen divert the attention to club legends watching on from the stands, accompanied by the increasingly irritable suggestion that the team could ‘do with them on the field’ from commentators. A series of disappointing results against the Premier League’s so called ‘lesser’ sides combined with defeatist attitudes from a minority of ‘fans’ in hampering a previously ardent and determined mood.

It was a time most will be keen to forget, but a time many will want to look back on in the future when reflecting on what the club endured on the route to winning a trophy.

The events following the turn of the year seemingly dragged an overwhelming belief amongst supporters back towards the dormant state it so often fights to break free of. It has been difficult to show it at times, but supporters will never stop loving Liverpool. Any anger, any frustration, any disgruntled expressions in the terraces are fuelled only by a love for this club. Belief might not always be on display, but it is undoubtedly always there. The rest of the league’s constant mockery of such undying optimism is nothing to be ashamed of.

Those who so often hail the Premier League as a division in which ‘anyone can beat anyone’ heaped pressure on Klopp for unacceptable results, overlooking the fact it was the drop-in performance levels that posed as the most worrying factor.

SEE MORE:
Confident Coutinho on Liverpool’s ‘Dos and Don’ts’ ahead of Leicester clash

Not only was it a much-needed win against Spurs, but it was the kind of ferocious display that brought an ironic and relieved smile to the faces of fans and Klopp himself. Where had this intensity come from? Where had it previously disappeared to? Can it be sustained through until May?

The manager’s celebratory touchline dashes were back, the players hunted the ball in packs and there looked to be a new-found energy amongst those in Red. An emphatic victory against a top six rival couldn’t have been more teasing ahead of the team’s lengthy and, for some, untimely mid-season break.

It has been a crucial recovery period but also one that has seen Reds pleading for the return of football- something that might not have been the case three weeks ago.

A meeting with Leicester away from home on Monday night promises to be a test of where this side is at, and just how accurate a representation the win against Spurs was.

The sacking of Claudio Ranieri somewhat takes the attention away from Liverpool and towards a Leicester side that promises to go all out to turn things around. It is the test Liverpool need but one they will have wanted to avoid at the same time. The threat of potentially reinvigorated champions is unnerving. It’s up to Klopp’s stars to send an inevitably hostile crowd into a complete slump. Be ruthless, be fearless, bully those in blue.

Top four remains to be a possibility and for the sake of recruiting strongly in the summer, it is something this team must mount a serious challenge for.

There has to be an eagerness to get back on the pitch and build on what was achieved before the two-week break. The players must remember how heavily they were criticised, how dreadful the performances were and what it was like to suffer from such a torrid run of games.

It is time for each individual to overcome what was a potentially needed downfall and prove he can help progress this long-term project.

Let the rest of the league overlook Liverpool. Opposition sides knowing full well what the Reds can produce is where it appeared to start going wrong.

A mazy Sadio Mane run. A revival of the Roberto Firmino turn that left Roberto Soldado for dead. A Philippe Coutinho wonder strike. An Adam Lallana Cruyff turn. It’s time individuals started to take responsibility again. The more that do so, the greater the chance there is of this team netting three, maybe four goals in a match again and blowing sides away as they did towards the end of 2016. 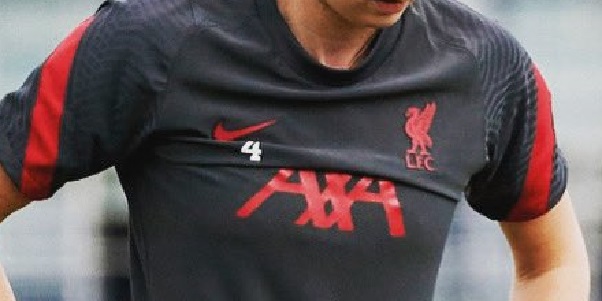