Despite having only come back from La Manga a few days before our miserable defeat to Leicester, Liverpool are heading to Tenerife for another warm weather training camp at the end of March, during the international break.

Most of our first-teamers will be away with their countries, but the likes of Alberto Moreno, Lucas, James Milner, Loris Karius and Joel Matip will all attend – probably alongside a number of our better youth team players.

The news has been met with criticism from fans who are dismayed by our showing at the King Power on Monday night.

Midfielder Adam Lallana doesn’t agree though, telling the Echo: “We weren’t on holiday, we were training twice a day. We went to work hard. It happened and we have to move on and keep doing what we feel will help us be more consistent.

“I don’t see how it can be a negative. It’s good for the group.”

Fans though took to Twitter to air their disapproval.

(Really, this is only being considered an ‘issue’ because we lost to Leicester. If we beat Arsenal on Saturday, nobody will mind. Plus, it’s primarily a chance for Klopp to see our youngsters at close-hand for a significant period. We really shouldn’t read too much into it.)

@DaveOCKOP They should go to Stoke for some cold weather training

@DaveOCKOP PLEASE TELL ME THIS IS A JOKE

@DaveOCKOP Next time I go on the razzle, gonna tell the missus it was warm weather training.?? 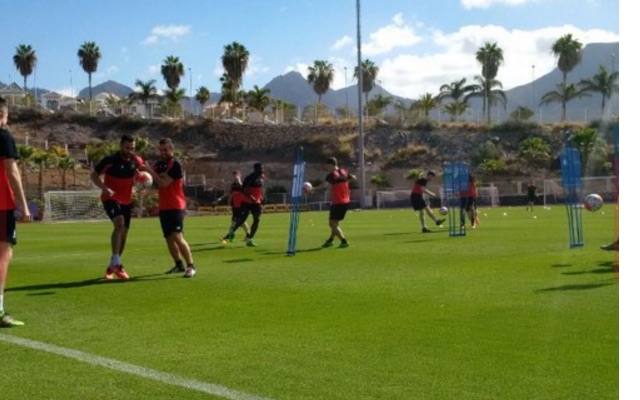 Liverpool are heading to Tenerife at end of March, despite February’s La Manga failure