The Frenchman is probably in the world’s top five players, alongside Lionel Messi, Cristiano Ronaldo, Luis Suarez and Neymar – and last night helped put Leicester City to the sword in the Champions League quarterfinals.

SEE MORE:
Matip: Why defending for Liverpool is harder than at other clubs

So impressed was our former captain with what he saw, he said: ‘Get him as far away from Manchester as you can find!’

While the £89m they splashed on Paul Pogba seems about double what the midfielder’s actually worth, Griezmann is a pure match-winner – the kind who makes the difference on the biggest stage.

United have outspent every team in the world over the past few years and also have the planet’s highest wage bill, so it wouldn’t surprise us if they went over the £100m mark for the 26-year-old.

From a Liverpool perspective, we should only worry about our own incomings.

Griezmann shows love for yet another Liverpool player…

Griezmann explains why he loves Liverpool, despite signing for Barcelona 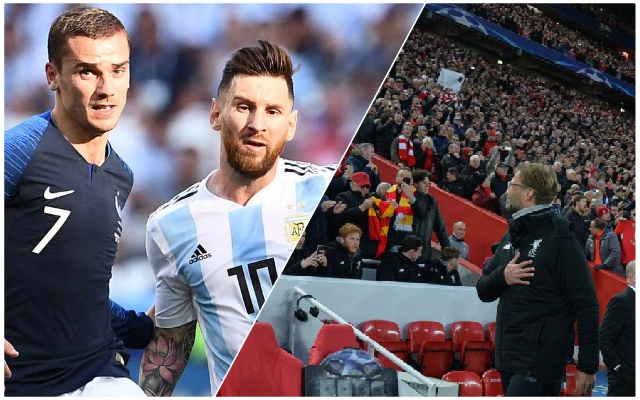