Rhian Brewster’s sparkling form for Liverpool’s U23s was rewarded on Friday as he was granted the opportunity to train with the first team.

The 17-year-old has made a name for himself in this campaign having earned only his first start for the U18s team this year before stepping up to the U23s side shortly after.

Brewster has given Reds reason to believe he could well be the ‘special kid’ at Liverpool that Jurgen Klopp referred to earlier on in the season.

His most recent appearance saw him star yet again as he registered two assists and a goal in Monday’s 3-1 win over Leicester. Brewster’s progress has seen him already demonstrate interchanging and versatility alongside his pace and finishing- all traits that promise to impress Klopp.

Excitement surrounding his potential is also fuelled by the initial recommendation of former U23s manager Michael Beale prior to Brewster signing from Chelsea in 2015. Beale was of course key in helping bring through the likes of Ben Woodburn and Trent Alexander-Arnold, who have both already played for the first team.

The opportunity to train with the likes of Roberto Firmino and Philippe Coutinho is sure to have been a valuable lesson for the young man and an experience that will drive him to continue improving.

The young forward remains one to keep an eye on and someone who could save Liverpool millions of pounds in years to come.

Here he is in action during Friday’s training session: 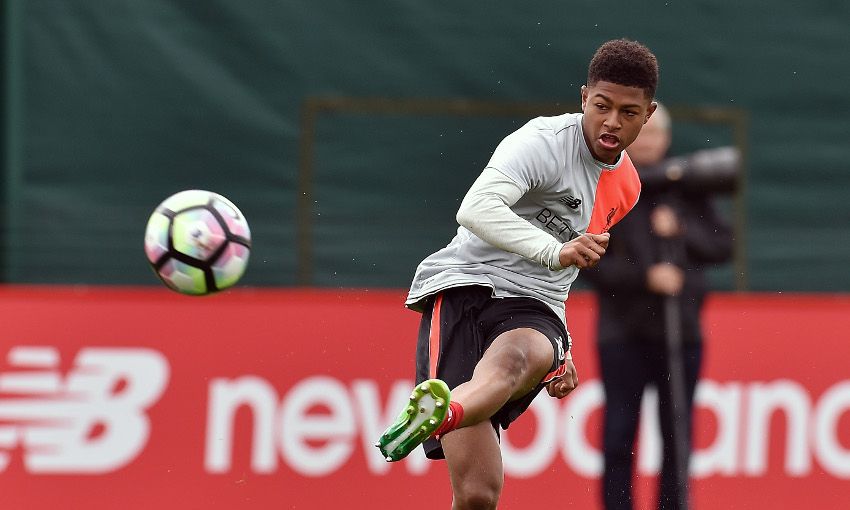