It is quite possibly the undying joy over Sunday’s 4-0 win that is making Virgil van Dijk’s social media activity a tad exciting, when it really shouldn’t be.

The Southampton defender liking Gini Wijnaldum’s celebratory tweet is of course the latest sign that the Dutchman is is on course to join Liverpool in the summer. Reading between the lines, right?

Don’t be mistaken into thinking it is simply support for his fellow countryman that has led the £50 million target to make such a bold and obvious statement. 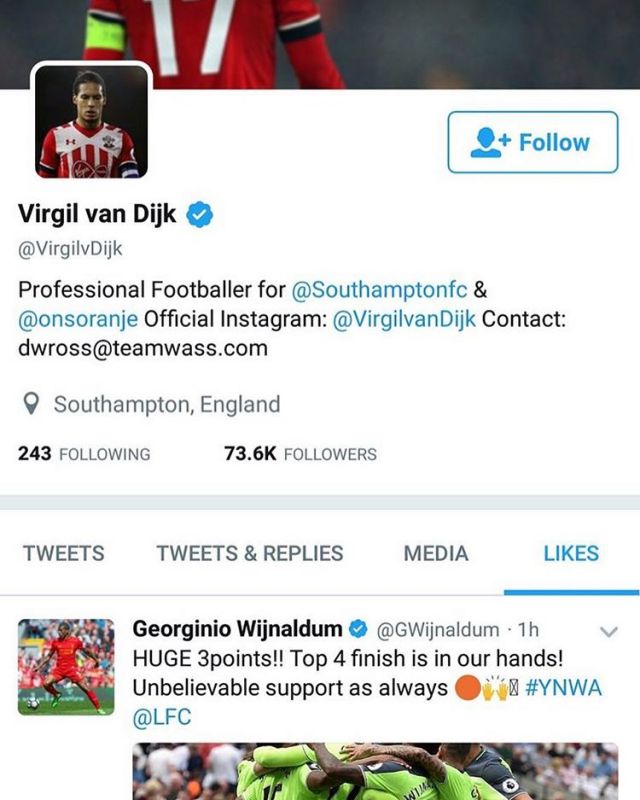 A player’s activity on Twitter and Instagram has seemingly emerged as a modern day, not to mention pretty useless, source of new links and transfer rumours.

In truth, there has been very little to suggest a deal is in motion or that there have been any serious negotiations between player and club.

The latest developments saw Saints manager Claude Puel reiterate how he would like to see the player at St Mary’s next season, which was perceived by many as confirmation he definitely would be. It’s for the uncertainty and the extent of the rumours that there is no harm in having a bit of fun with it.

If Gini likes one of Van Dijks tweets, though, we certainly have a story on our hands…