Even during a game, Jamie Carragher has been on top form as far as his social media activity is concerned.

The Liverpool legend arrived in Australia with Jurgen Klopp’s side around 12 hours ago before playing 45 minutes alongside first team regulars and youth stars in the club’s post-season friendly with Sydney FC.

He featured in a starting lineup containing fellow great Steven Gerrard with former Reds Daniel Agger and Steve McManaman also having travelled as part of the squad. The quartet’s involvement is all part of celebrating Liverpool’s 125th anniversary and, in hand, posed as a treat for 80,000 Australian Kopites watching from inside to ANZ Stadium.

Carragher came off at half time having kept a clean sheet, watched his team go 3-0 up and allowed supporters to once again see their hero in action. He wasn’t finished there, though, as he found time to not only rightly commend his own performance but also to ensure he didn’t miss out on the chance to poke fun at John Terry after his controversial substitution for Chelsea. All in good humour, right? 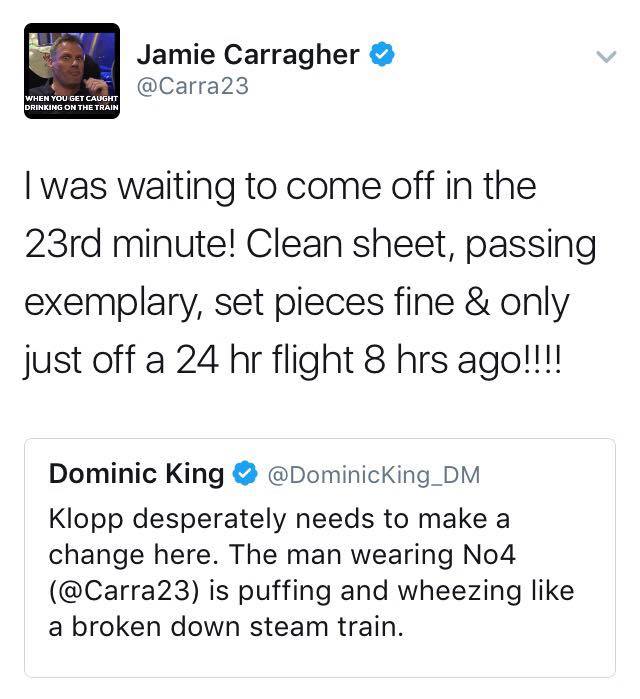