Obviously, this is all very hypothetical….

But we do know that Mo Salah is being signed to add pace, directness and goals to the frontline – something we lacked against smaller sides at Anfield on regular occasion this season just gone.

The Egyptian is expected to arrive for a record £39m fee and it’s likely to be confirmed tomorrow once his medical is passed today.

At £39m, we’d expect Salah to be a starter from the outset, much like last summer’s marquee buy Sadio Mane.

But how do we get all our best attacking players in the same team, with Salah included?

By dropping Coutinho into a deeper, creative ‘no.8 role’, the position he shone in towards the end of 2016/17, it allows Klopp to deploy two out and out wingers on the flanks.

Sadio Mane played on the right for us last term, but is equally as comfortable on the left and could switch sides to allow Salah his favoured spot. This means we’ll have two inverted wing-forwards cutting in, which hopefully increases their chances of scoring goals on their favoured foot (Mane’s right and Salah’s left). It also enables them to play on their traditional flanks and really stretch the pitch, should Klopp desire.

Roberto Firmino would be the perfect pinnacle here, as he can drop deep and allow the wingers to get in behind. His linkup play is extraordinary and his creativity will be maximised with pacy players around him. Daniel Sturridge and Divock Origi, and maybe even Dominic Solanke and Danny Ings, provide other options here.

Provided a defensively minded midfielder such as Jordan Henderson, Emre Can (or maybe Naby Keita…) starts at the base of the central trio, Klopp could use Adam Lallana to the right.

This means we’d have five attacking minded players, with different skill-sets, on the pitch together at the same time. Coutinho, Lallana and Firmino are clever, intricate creators, while Salah and Mane are dynamic speed-merchants.

Surely, this would benefit us against the teams we dropped points to last term, such as Bournemouth, Southampton, Sunderland and West Ham to name but a few…

Away from home and against better sides, it’s likely that Klopp would deploy an extra battling midfielder, such as Gini Wijnaldum – which means one of the offensive five will have to make way.

It’s this flexibility of options though that Klopp will love – and the thought of a deep-lying Coutinho feeding the onrushing pair of Mane and Salah – probably the fastest duo in the Premier League – is a mouthwatering one. 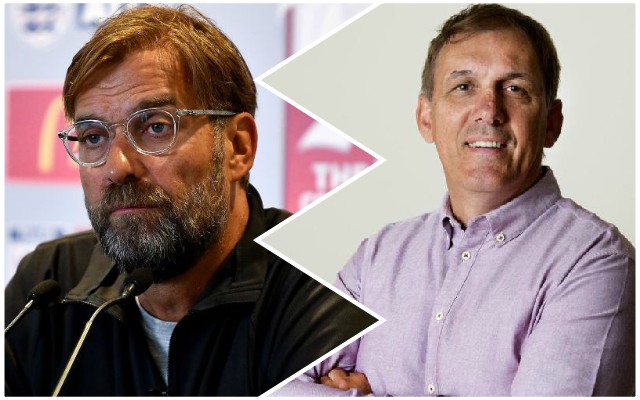