Bayer Leverkusen’s Julian Brandt has opened up on why he isn’t yet ready for a move elsewhere following apparent interest from Liverpool.

The German had emerged as a key January target for Jurgen Klopp with the Reds boss having reportedly tried and failed to sign the winger in what turned out to be a quiet transfer window.

Brandt had also been subject to an approach from Bundesliga giants Bayern Munich but stayed put- something he now intends to do beyond the summer.

The 21-year-old has explained why he has ruled out a move elsewhere and instead set his sights on making amends for what he deems to have been a disappointing 2016/2017 campaign.

“My gut feeling and my head are telling me the time to move has not arrived yet. I have to straighten things out in Leverkusen,” he told kicker, as translated by ESPN.

“Of course, there are players who say a year without European football before the World Cup is good reason to move.”

“But if you move to a bigger club a year before the World Cup, you risk taking time at first to settle which possibly means playing fewer games.” 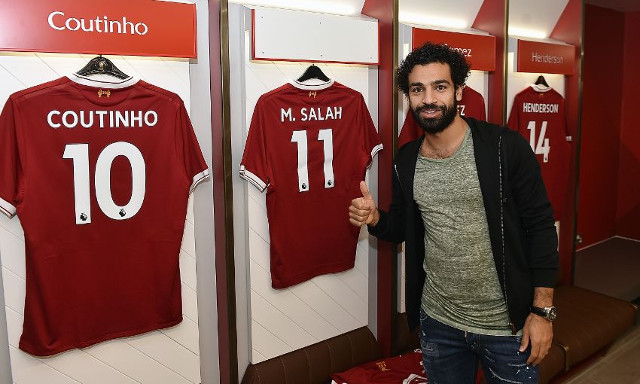 A failure to sign Brandt saw Klopp then turn his attentions to winger Mohamed Salah, who completed his £36.9million move from Roma last Thursday.

Though the Egyptian can be viewed as the club’s alternative, there is a case for the idea he arrives better equipped to thrive in Klopp’s setup than Brandt would have.

Salah is perhaps also a far more reliable option having proven himself at a high level in Italy and already experienced life in the Premier League following his, admittedly unsuccessful, spell with Chelsea three-and-a half years ago.

In terms of the need for new signings to have an immediate impact, Salah appears the better prospect.