Liverpool look set to rebuff any offers for Daniel Sturridge this summer with Jurgen Klopp reportedly finding himself unable to justify selling the striker.

Sturridge has endured three injury-plagued seasons with the Reds since his standout 2013/2014 campaign, in which he played an influential role in driving the club to a second-placed finish in the Premier League.

His future had looked uncertain for much of last season with many expecting the 27-year-old to leave during this transfer window in aid of securing regular first team football.

That now appears unlikely with Klopp having put a block on the sale of Sturridge because of it being to expensive to replace him, according to the Mirror.

“The German believes that any money received for Sturridge would be dwarfed by the amount it would cost to bring in another forward of similar quality,” the report states. 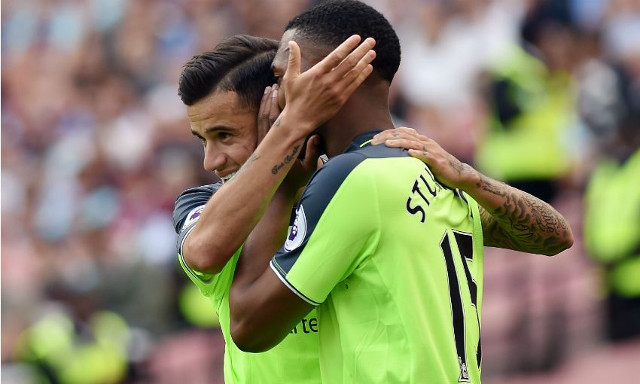 Impressive performances in the club’s final two league games against West Ham and Middlesbrough last season sparked a mutual u-turn with regards to supporters once again finding good reason to believe he is worth keeping hold of.

The likelihood is that there are no strikers available to Liverpool on the market as talented and as prolific as Sturridge- when he is fit and firing, that is.

Keeping him doesn’t give Klopp a striker that he will start every week, but it does give him one capable of having a decisive impact and making a significant contribution to how the club’s campaign pans out.

The hard work has gone long beyond the end of the season for Sturridge, who is in currently in the United States undergoing a specific training regime designed to help him get back to peak condition.