Jordan Henderson has yet again demonstrated what a class act he truly is and proved he is completely worthy of his role as Liverpool captain.

The Reds skipper was at hand to show his respect for Hong Kong’s remarkable Liverpool fan base by making an amazing gesture to a local supporter.

During the club’s six day tour of Asia, one passionate fan waited at the team hotel every day with the hope of meeting Henderson and gifting him a shirt bearing his hero’s name printed in Cantonese.

After having no luck for the first few days, he eventually received a message from Henderson, who arranged to meet up and gift him a signed shirt of his own. 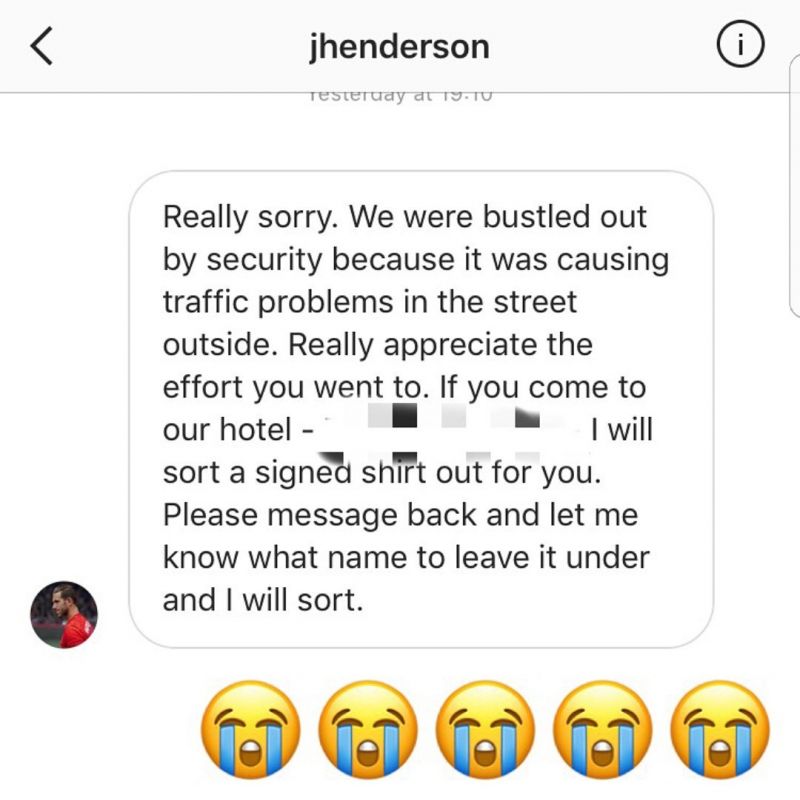 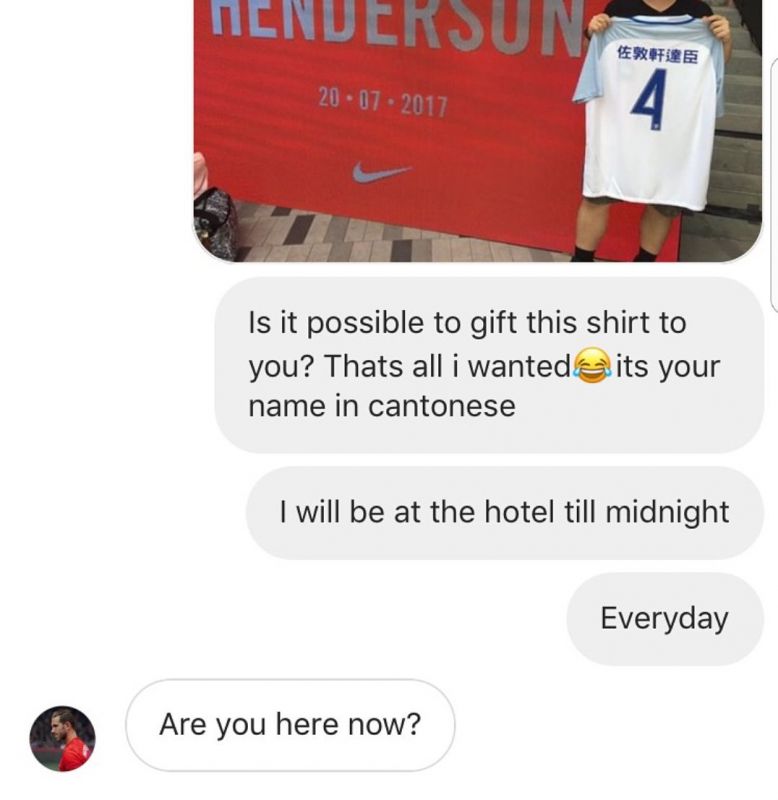 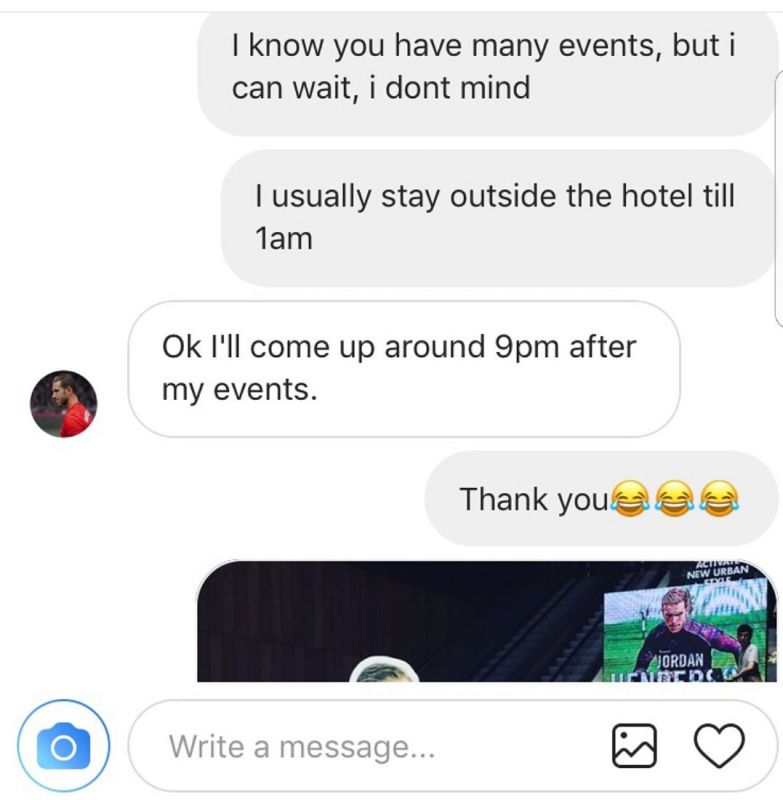 The Story of a Great Captain and Great Player I am a Liverpool fan from Hong Kong, and a super @jhenderson fan. I love his passion, his hardwork, and he is the one who inspire me to never give up. In the first three days of #lfctour2017hk, everyday i have been waiting to see our great captain. I missed every possible chance to meet him face to face. When he was signing in hotel, i was in the airport, when he was taking selfie with fans in training ground, i was waiting in hotel, when someone saw him buying coffee in starbucks, i was waiting in the training ground, one by one my friends sent me photo of selfie and autograph with Hendo, and im the only one missing every chance. The 4th day, i know that there will be an event of Jordan at around 1pm, I arrived at 12pm and started waiting, the event posepone and 6 hour i stood under ☀️ and ☔️, he finally show up and i saw him walk right pass me. I told myself “no problem, when he come out, i will be here and he must see me”…And once again he walk right pass me…At that moment frustrating was the only word in my head, maybe I was not meant to meet him. Minutes later Jordan sent me a message from IG, told me he is sorry and ask me to meet him at the hotel. He is the Captain of Liverpool, one of the greatest football club in the world, and he said sorry to a fan for what happened that was not his fault! While waiting at the hotel, once again i heard my friend told me he show up in starbucks again, signing autographs for fans, when i arrive with the giant cardboard of him, he saw me and signal me to go back to the hotel. Outside the hotel, the security try to ask me to leave (like they always do), i move myself to a further spot, suddenly someone tap my shoulder again and at that moment the only thing i wanna do is to curse the security if he want to tell me to leave again, and when I look back, Jordan was right there behind the hotel door…… A simple and warm act of our Captain, become a big dream come true for me, he can totally ignore me, but he didn’t. That is our great Liverpool Captain. He is not only our player, he is our family❤ #ynwa #lfc #jordanhenderson #badenglish

It proved to be not only a productive pre-season tour but also a special reunion with Reds in Hong Kong, where the club had previously not travelled to for 10 years.

The trip served as another refreshing reminder of just how prestigious and popular this club remains to be across the world, and therefore why there is such high expectations for Klopp’s men to begin consistently challenging at the top of English football.

Liverpool will now continue their preparations for the new season with a friendly against Hertha Berlin before competing in the Audi Cup.