Liverpool are about to face serious competition in the ongoing race for the signature of Southampton defender Virgil van Dijk.

The Reds had fought off interest from both Manchester City and Chelsea in the past, with the Dutchman himself seemingly setting his heart on a move to Anfield following discussions with Jurgen Klopp.

It was such meetings that later came back to hurt Liverpool when Saints officials lodged a complaint regarding an apparent illegal tapping up pursuit, leading the Reds to issuing a statement supposedly ‘ending all interest’ in the player.

Despite the setback, there has remained a quiet confidence that a deal is still possible and that Klopp will return for his one and only centre-back target- providing the club was given good reason to believe Southampton were open to bids.

That is where Chelsea come in, with the Premier League champions now preparing to swoop in with a bid of £50million plus add-ons for the 26-year-old in an attempt to beat Liverpool to the former Celtic man, according to the Times’ Matt Hughes. 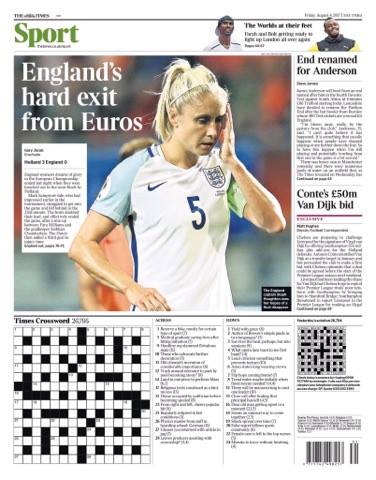 An opening bid from Antonio Conte’s side could be the green light Liverpool require before launching an official pursuit of their priority summer target.

The player’s apparent desire to make the move to Merseyside also sets the club in good stead to beat Chelsea to securing his services.

Van Dijk has recently been banished to train alone with manager Mauricio Pellegrino revealing that he had once again informed the club of his wish to leave during this transfer window.

An official offer could prove to be the trigger Klopp needs.

(Video) Sadio strikes back as LFC level the score v. Arsenal after smart play by Salah