Virgil van Dijk has submitted a formal transfer request at Southampton amid speculation linking Liverpool to the Dutchman.

The centre-back has been a target for the Reds since the end of the last season, but saw his hopes of an Anfield move shattered when the Saints lodged a complaint against Liverpool’s alleged illegal pursuit.

Despite the early setback, there has been a quiet confidence that a deal may still be possible for the 26-year-old, who had previously set his heart on working with Jurgen Klopp.

Van Dijk recently informed officials at St Mary’s of his desire to leave the club this summer, leading to him training alone.

In an official statement, the defender has requested a transfer from the club, suggesting he has ‘no alternative’ after being fined two weeks’ wages.

He proceeded to explain his frustration over Southampton leaking conversations to the media, as well as reaffirming his wish to play European football.

The former Celtic man has also claimed he is ‘insulted’ by suggestions he refused to train with the rest of the team, instead highlighting how he was asked by the club to train alone.

Liverpool are unlikely to make an official bid for Van Dijk without being given good reason to believe Southampton are open to offers.

Here’s the statement in full… 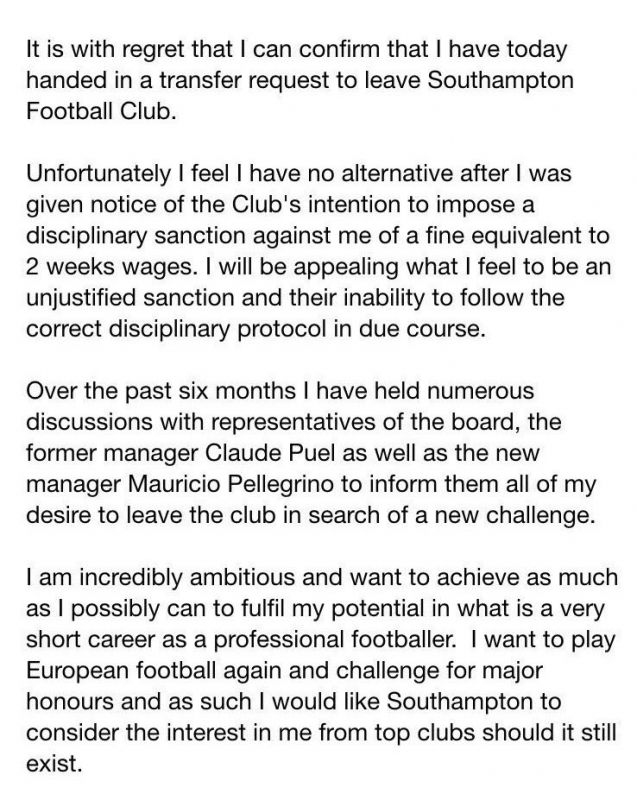 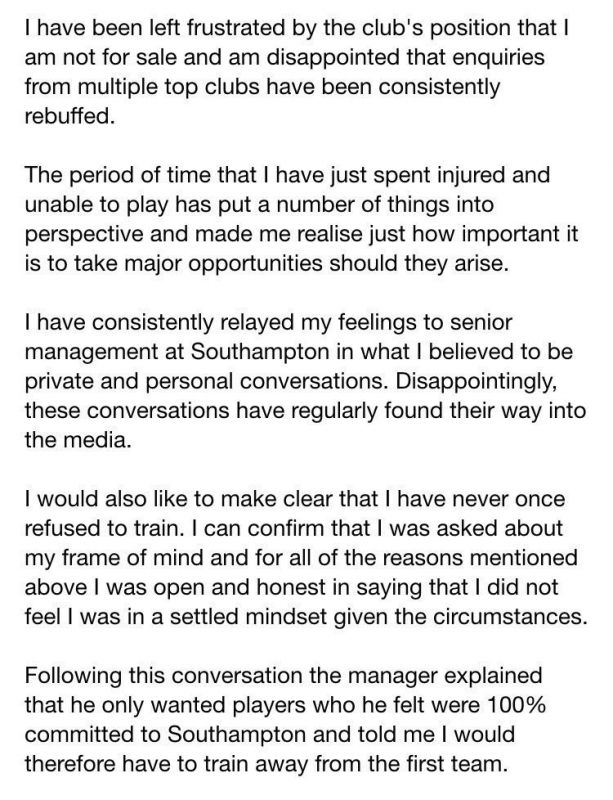 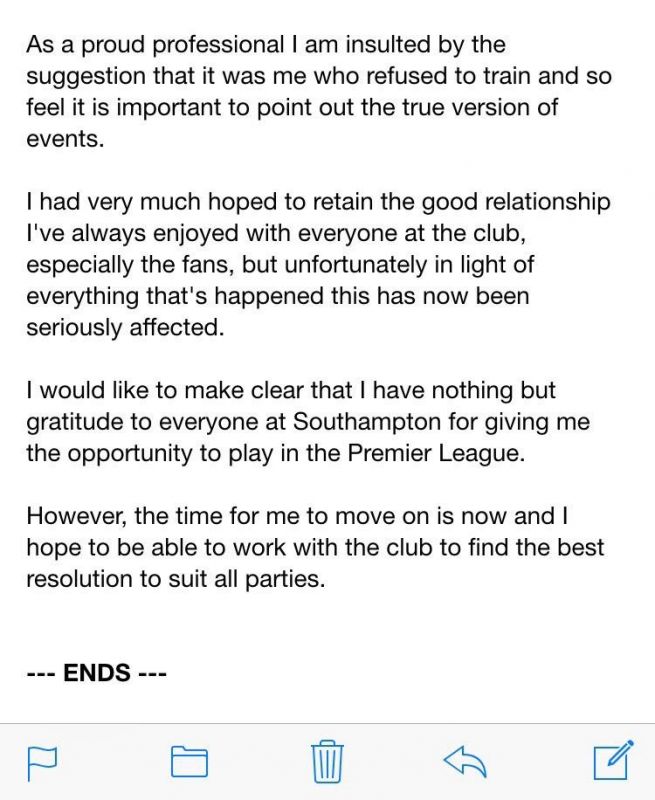