The 24-year-old shone against Liverpool in both legs of our Champions League qualifier with the German club, although we ended up running out easy winners following a scintillating Anfield display.

Demirbay is an excellent passer and has top notch technical abilities. Positionally, he can play in one of the advanced two central midfield spots or in the deep-lying role at the base of the three.

Price told Express Sport: “Demirbay is a player I’ve known of for a while but it’s only the last couple of years he’s really shown what he can do.

“The young midfielder impressed for Hoffenheim against Liverpool in the Champions League qualifier, and was seen chatting to Klopp at the end of the game.

“Spurs are thought to be leading the chase, as Liverpool have been concluding a deal for Naby Keita, while Chelsea have prioritised Danny Drinkwater of Leicester.

“But his links to Klopp, having spent two years at Dortmund as a youth, means Liverpool is an option.

There’s a long way to go before any deal is done but there’s a genuine chance he could sign in the next couple of days to bolster the Reds’ midfield choices.

“Bournemouth could offer first team football, invaluable in a World Cup year for a player on the fringes of the German national team, but who was a part of the successful Confederations Cup squad.

“Don’t be surprised if he’s a late mover.”

For us, Demirbay would be the third option on our list after Lemar and then Oxlade-Chamberlain.

Liverpool will go all out for the 21-year-old Frenchman today, but with a £75m offer already on the table, he’s going to be monstrously more expensive than the other two names.

Oxlade-Chamberlain is ours if we give Arsenal the £35m required, after he rejected Chelsea late last night.

Demirbay would surely be cheaper than both, but would only be considered a squad option under Klopp. 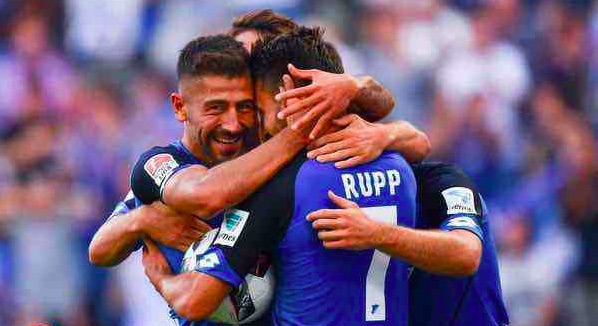