Jurgen Klopp admits he is not surprised by Liverpool’s bright start to Saturday’s 5-0 defeat to Manchester City.

The Reds began the game in typically dangerous fashion, with Sadio Mane and Mohamed Salah proving to be a constant threat to a toothless City defence that, in the end, got off lightly.

Liverpool had their chances to put some distance between themselves and the hosts, only for Mane’s untimely and widely-opposed sending off to ruin any momentum Klopp’s men had gained.

When asked about his team’s start, Klopp told Liverpoolfc.com: “Encouraged? No. Because I really expect from us; I expect from us that we are more stronger in the first half an hour.”

“Both teams did not really defend really well, both teams were not compact really, but we had a lot of chances. We were pretty much [hard] to defend for City in these situations, they had two yellow cards on the 18-yard line.”

“It was, in a lot of moments, very unlucky for us but I don’t think we have to think too much about luck or something like this because we cannot change luck.”

“I thought we should have been in the lead in the first half.We should have scored, we should have had more chances, Mo was three or four times on the touchline in the 18-yard box, or even the six-yard box, and you have to find someone, but nobody was at the front post, nobody.”

In truth, Liverpool could have been two or three up- only for an unusual lack of conviction to cost them dearly.

Aside from what was an abysmal defensive display, the opening stages of the game showcased traits of Klopp’s men at their unstoppable best.

Though that alone isn’t enough to be deemed a positive, it is something that partially justifies fans treating the defeat as an anomaly.

Wednesday’s Champions League opener against Sevilla is now the main and, in fact, only focus. A chance to make amends. 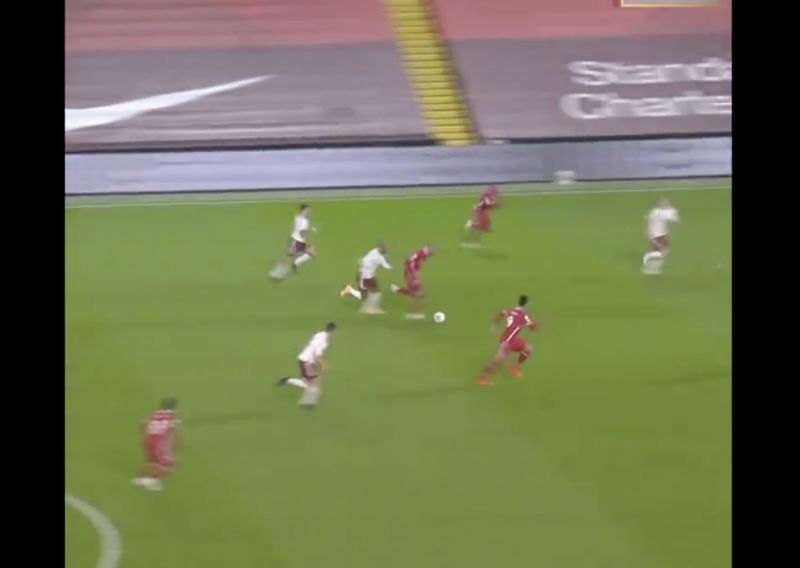