If you think Liverpool’s midfield lacks creativity, have some sympathy for England fans who are likely to see Gareth Southgate start with Jordan Henderson, Eric Dier and Jake Livermore as a central three during the international break.

Dele Alli is suspended for sticking his finger up at Kyle Walker last time out, while Adam Lallana is still injured and Wayne Rooney retired, meaning any central creativity is unavailable – considering Jack Wilshere wasn’t picked either.

The front-three looks dangerous to be fair, with Raheem Sterling and Marcus Rashford likely to flank Harry Kane, the world’s in-form striker.

At the back, Kyle Walker and Ryan Bertrand will be deployed at fullback allowing John Stones to partner Gary Cahill.

Between the sticks, Joe Hart is still favoured, but we’d suggest he’ll be lucky to hang on to the no.1 jersey ahead of Jack Butland and Fraser Forster by the time the World Cup starts.

Nathaniel Clyne is still injured, while Daniel Sturridge will only be an impact sub. Alex Oxlade-Chamberlain surely hasn’t played enough for Liverpool to start, although we’d still have him over Livermore if the choice was ours.

For those who care, here’s the England team that will likely play against Slovenia on Thursday. 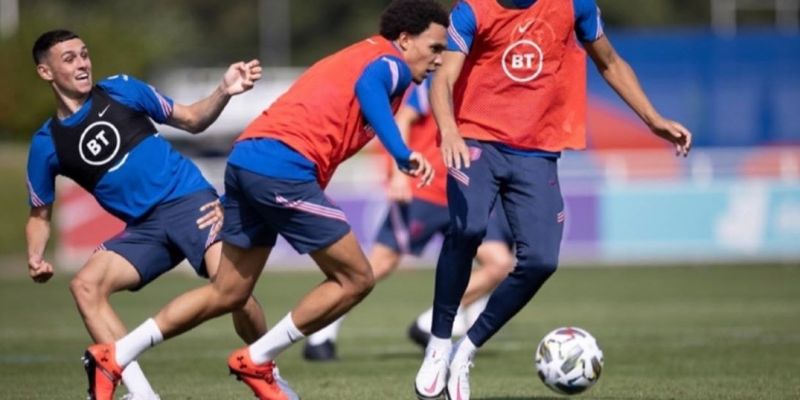