Emre Can is wanted by some of the biggest clubs in Europe, with any non-UK side allowed to freely offer him a contract in 11 days’ time.

That’s according to Borussia Dortmund Sporting Director Michael Zorc, who previously worked with Jurgen Klopp at the club.

He told Sky Deutschland, translated by the Echo: “Can is an excellent player. He is in the sights of the very, very large clubs of Europe,” indicating that BVB hold an interest themselves. 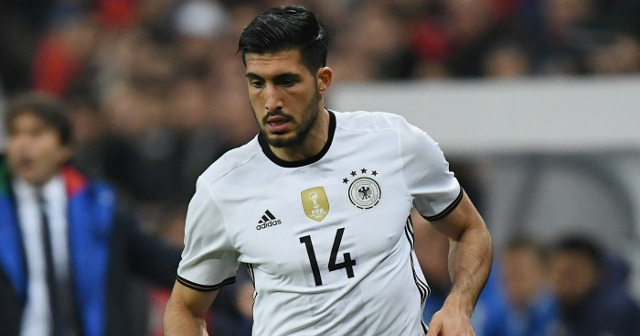 Juventus are the heavy favourites for his signature, with chief executive Giuseppe Marotta hinting that they’ll come in for our 23-year-old: “Emre Can is a name doing the rounds because his contract is running down.

“I won’t deny he is a player we too have monitored and many important clubs will try to close a deal over the next few weeks. We are tracking the situation, nothing more.”

Liverpool have been negotiating with Can for the entirety of 2017, but have been unable to agree terms with the talented but inconsistent midfielder.

At his best, we’re blown away by his combination of physical assets and technical skill, but when he’s off the boil, his decision making and execution are equally frustrating.

Losing Can on a free will be disappointing, but it won’t be the end of the world. There’s other central midfielders out there who will jump at the chance to develop under Klopp. Naby Keita is one of them, and his 2018 signing is already sealed.