Today, Jon Flanagan was given a 12 month community order with 40 hours unpaid work after admitting assaulting his girlfriend over Christmas.

The defender pleaded guilty to the charge and as a result, avoided a custodial sentence.

He now has to see whether Liverpool terminate his contract or keep him on the books and help in his rehabilitation.

The club had been quiet on the incident while it was still going through court, but released a statement today following the sentencing.

“We condemn, in the strongest possible terms, the player’s actions during the events that took place resulting in this criminal conviction,” said a club spokesman, cited in the Telegraph.

“It leaves his own reputation damaged and, through association, he has severely let down the club he had previously represented with distinction.

“We have expressed to him our disappointment and anger that he has failed to live up to the values of Liverpool Football Club, in this specific instance.

“The club has allowed the legal formalities to reach a conclusion before deciding on or implementing any internal disciplinary action. That internal process will now begin.”

Flanagan wasn’t in Jurgen Klopp’s first-team consideration anyway, but this suggests to us he may have played his final game for the club.

The fullback isn’t good enough as a starting point, but this likely gives the club a reason to sack him.

They could decide to help him instead, considering his years of professional service before the incident, but it’s not for us to speculate on what will happen.

Either way, it’s been a sad decline for Flanagan, who in 2014, was capped by England after playing a starting role in Liverpool’s Premier League title pursuit. 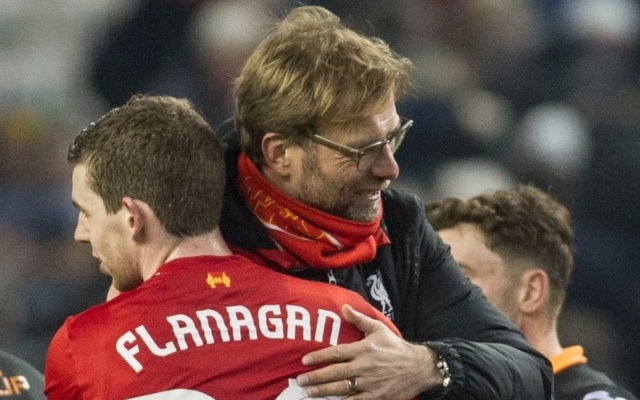