Lazio centre-back Stefan de Vrij is definitely leaving the Italians on a Bosman in the summer.

The Serie A giants have withdrawn their contract offer and have announced to the media that the 26-year-old Dutchman will leave come the end of the season.

De Vrij’s contract expires in June, when he’ll be allowed to join any club without a transfer fee.

Lazio sporting director Igli Tare told Mediaset Premium, translated by Sky Sports: “Lazio have withdrawn the proposal we made for a new contract to De Vrij.

“We are withdrawing for reasons that we will explain later on. It was a choice made after many months of negotiations, but there is also a limit to how things went.

“He has been an exemplary professional and we thank him for that as well as what he’ll do until the end of the season. He gave a lot to the club, just as we gave a great deal to him, but our paths will divide in June.”

If we did acquire de Vrij on a free, it would massively offset some of the £75m we spent on Virgil van Dijk. This is because for that amount, Klopp would have acquired Joel Matip (also secured via Bosman), van Dijk and de Vrij – averaging out at £25m each – an absolute bargain in this day and age.

Van Dijk will be Liverpool’s starting centre-back for years and years to come, but the man who will regularly play alongside him has yet to be decided.

Dejan Lovren has done better since van Dijk’s arrival, while Matip’s form has dropped, but the Croatian has an error in his locker which will no doubt see fans turn against him again at some point.

De Vrij is the perfect age and has been excellent for Lazio since recovering from nasty injuries.

What’s more, he’s Dutch, which will no doubt help a partnership with van Dijk, just like it does for Tottenham’s Belgian duo of Jan Vertonghen and Toby Alderweireld.

This is one the club should undeniably be working on now. We don’t want to miss another Bosman opportunity after Bayern Munich secured Leon Goretzka ahead of us. 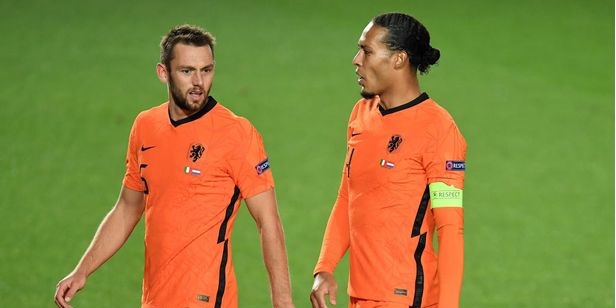