The teenager, still only 17-years-old, has 12 goals in the Championship this season and is his club Fulham’s top scorer – despite playing the majority of games at left-back!

His future lies further up the field, but the stats are still simply incredible.

According to Leroy Rosenior, who used to play up top for Fulham, a deal for Sessegnon’s exit has already been finalised for the summer.

Ourselves, Tottenham and Manchester United have all showed an interest in the past, according to the Express.

“I think that a deal has been done for Ryan as teams have been in for him,” pundit Rosenior said on James Richardson’s Totally Football Show.

“It’s a Premier League side with strong rumours of Tottenham. I wouldn’t be surprised if other sides have been in for him as well.

“He’s stays at Fulham before moving in the summer. His future is already mapped out.

“Ryan has great potential. He is one of those players who you think he’s not a left-back and not a left-winger.

“He could be an amazing player.”

Sessegnon’s going to be a top, top player, but there’s no obvious spot for him at Liverpool right now. Andy Robertson and Alberto Moreno have the left-back spot secured, while the front-three is world-class – although he could get minutes as a rotation option as the left-forward.

We’d love it if Liverpool were the team who signed the youngster, as he’ll likely develop exceptionally at Spurs.

Still, we’ll wait and see what happens. The word is he wants to stay in London, which makes Mauricio Pochettino’s team favourites. 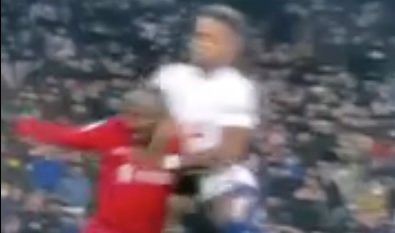