Jeremy Vine has claimed that Jamie Carragher spitting out of his car window at another road user was a sackable offence, but that’s not all the BBC journalist had to say on the incident.

Former Liverpool defender Carragher was filmed gobbing into the passenger window of a vehicle after the driver, who was a Manchester United fan according to The Mirror, had teased him by saying “2-1”, which was the score in Saturday’s Premier League match at Old Trafford.

The footage was captured by the driver who was carrying his 14-year-old daughter in the seat next to him, something pointed out by Radio 2 presenter Vine.

Spitting: disgusting, possibly criminal, certainly sackable.
Filming on a mobile while driving a car with a child in the back, on a motorway, paying no attention whatsoever to the road: straight to jailpic.twitter.com/CPlglnqang

Vine suggested that the driver who used his phone at the wheel should face a more severe punishment than Carragher for disregarding the safety of his child and other motorists.

“Filming on a mobile while driving a car with a child in the back, on a motorway, paying no attention whatsoever to the road: straight to jail”.

Carragher spoke on Sky News on Monday when he expressed deep regret for what he described as a “moment of madness”.

He claimed that he had not seen the teenage girl sat in the passenger seat prior to spraying her in his saliva.

Carragher had been due to present Monday Night Football on Sky Sports but he has been suspended.

MNF pushed back by 30 mins to kill time⌛️ 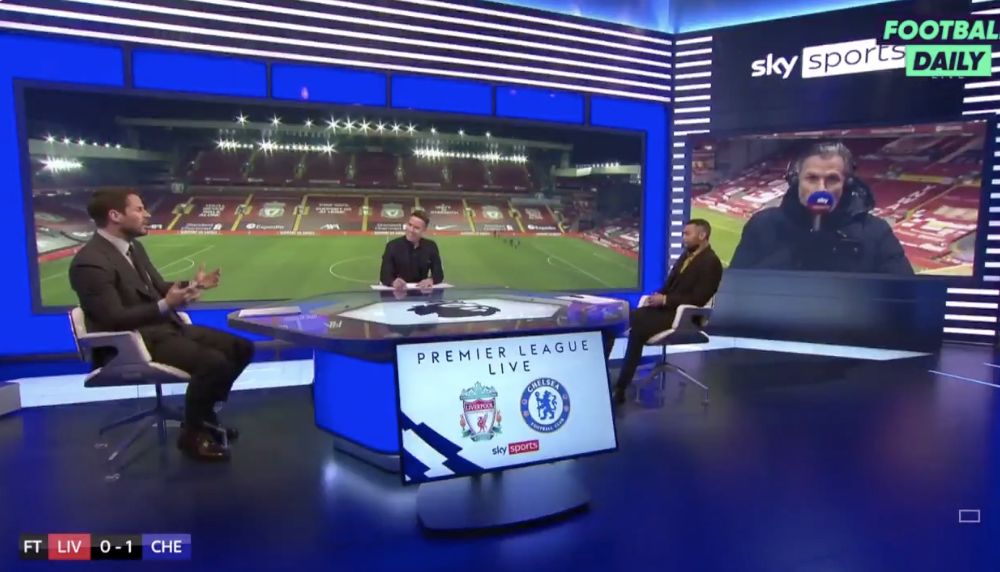