Ashley Young thought he’d have a laugh at Mo Salah’s expense on Sunday, by tweeting a picture which included the caption: ‘Stop asking me. He’s not in my pocket, I swear!’ in reference to the manner in which he bettered our Egyptian at Old Trafford on Saturday.

In fairness, Young had a good game and Salah wasn’t at his mercurial best.

But last night, following United’s 2-1 defeat at Sevilla which saw them exit the Champions League, Salah coolly shared a picture of the European Cup and himself underneath it – reminding Young that he won’t be in the draw this Friday!

Mo Salah absolutely finishing Ashley Young on Instagram, after United were knocked out of the Champions League tonight.

Hopefully next season he’ll get a chance to bag versus our biggest rivals, as they’re the only side from the top six he failed to score against this term.

Salah is on 32 goals for the season and will look to add more on Saturday against Watford, who are visiting Anfield for the evening kick-off. 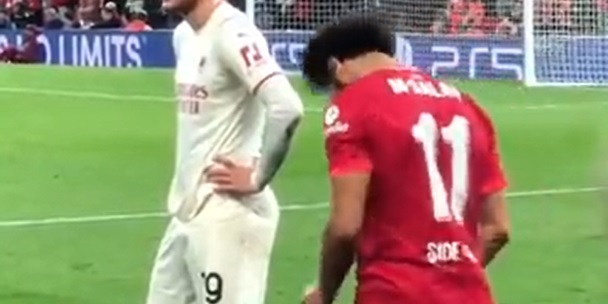