Remember last summer when all Liverpool fans began hanging on to the every word of Guinean journalists Sega Diallo and Amadou Makadji…?

They were getting inside scoops on the Naby Keita to Liverpool deal, which eventually was finalised towards the end of summer with the midfielder officially arriving at the end of this season.

Now, Alpha Balde is trying to get in on the action!

Last night, the reporter claimed on Twitter that we’ve already spoken to Wilfried Ndidi about a summer switch to Anfield and the player is keen – although terms with his club Leicester have yet to be agreed.

“Ndidi approached by Liverpool. The player would have given his consent. We still have to agree with Leicester who is asking a lot,” this means.

The player in question is Nigerian, not Guinean like the journalist, so we’d perhaps trust his information less than we did in the summer when Keita was the target.

Balde though was one of the first to suggest a ‘Buy Now, Pay Later’ deal with Rb Leipzig could be reached, so this is definitely something to watch out for.

Ndidi is only 21-years-old but is already one of Leicester’s most important players. He provides energy, physicality and decent technical ability centrally, but we imagine he’d cost a huge sum.

After all, Leicester wouldn’t sell Riyad Mahrez, who’s nearly 28, for less than £80m in January, despite his transfer request. 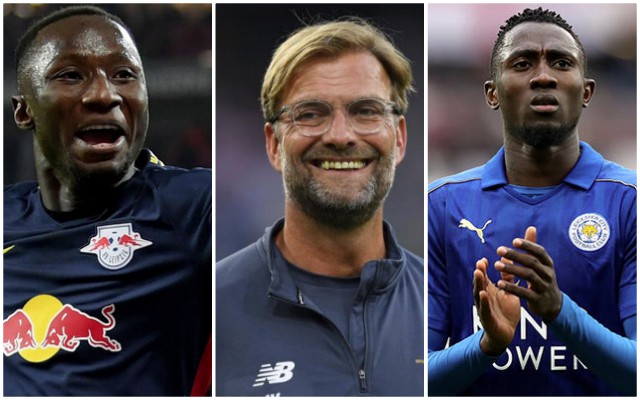