Joe Gomez has waxed lyrical about Roberto Firmino, claiming the Brazilian is an oddity in his phenomenal defensive contribution.

As well as scoring 23 goals this term, our no.9 battles throughout, wining back possession in our own half and setting the tone when we don’t have the ball from the front.

Gomez says that if you win the ball off Firmino, he’s going to pester you relentlessly until he gets it back!

“The only thing you can do is hope you get a foul,” he told the official website. “He’s going to make an attempt to get the ball back. It’s annoying because he won’t let it go. It’s nice to be on the same side as him!

“Bobby keeps going and keeps going throughout the game. He loses it and will track back deep into our half to get it back. It shows his desire to try and win the ball back and defend for the team.”

The England defender also discussed Firmino’s infamous ‘no-look’ finish – which the 26-year-old has done on four different occasions this term!

“It’s the Brazilian flair!” Gomez explained. “I trust him – I don’t think he’ll miss. It’s just what he does, his freedom and creativity is what makes him so good. You’ve got to embrace his creativity.”

Gomez is likely to play for England in one of the upcoming friendlies with Holland and Italy, while Firmino could start up top for Brazil in the absence of Neymar.

People in his homeland don’t ‘get’ Bobby, having seen very little of him playing in his home country.

Hopefully, he can impress and earn a chance of starting at the World Cup. 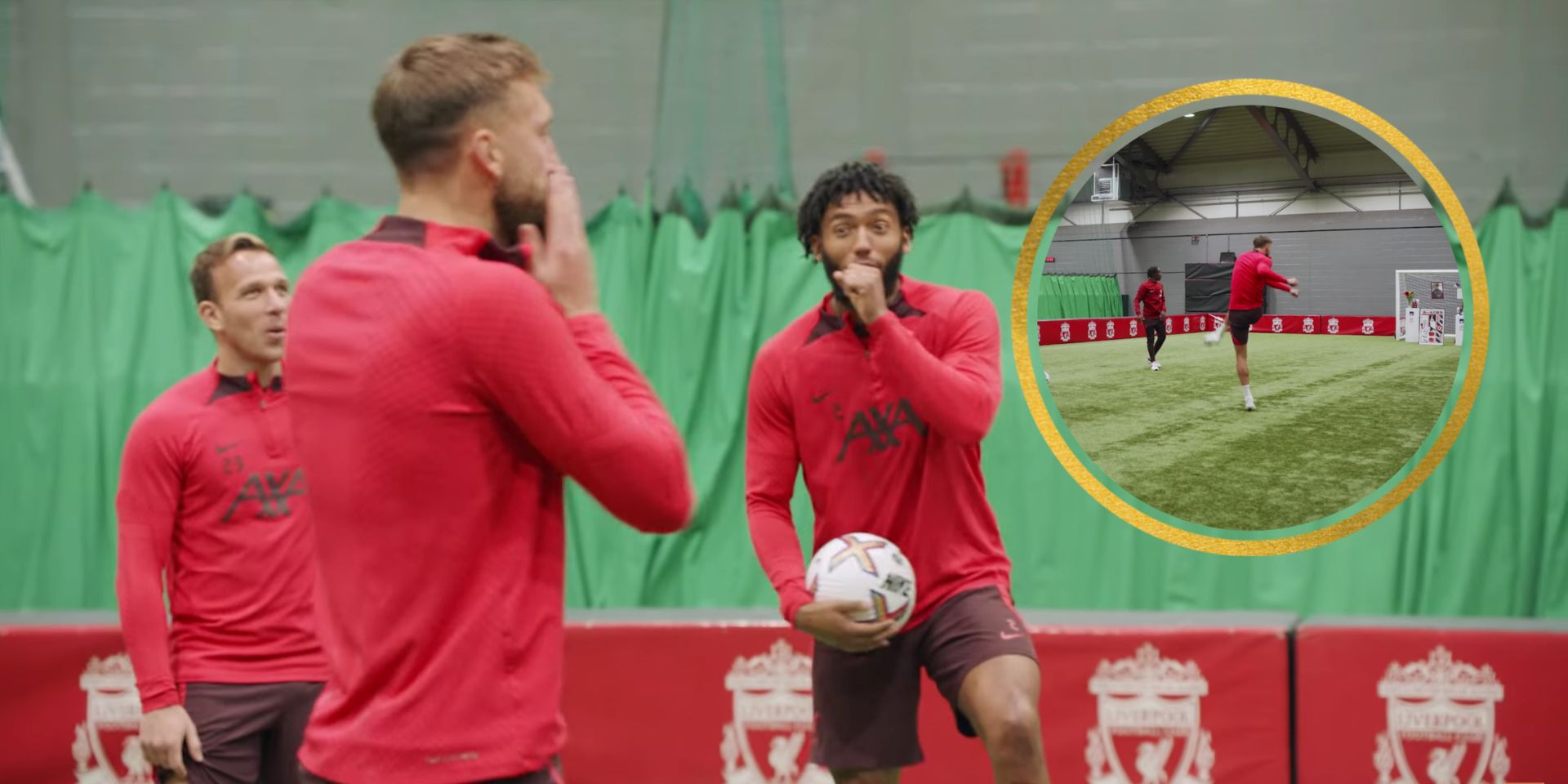