Liverpool and Manchester City have been handed some clarity over what it will take to land midfield dynamo Jorginho.

The Brazilian-born Italy international has surfaced as one of European football’s hot properties thanks to his instrumental role in Napoli’s superb Serie A season – which could see them push Juventus down to the final day for the title.

Jorginho’s all-action approach has seen him touted as a suitable candidate to fill notable voids both Jurgen Klopp and Pep Guardiola are keen to address this summer.

Napoli feel they can rake in as much as £60million for the 26-year-old, according to the Manchester Evening News. 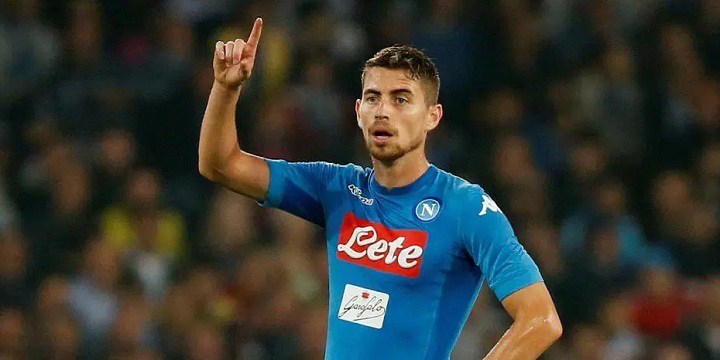 Acquiring a new no.6 has emerged as a priority for Liverpool and Klopp as Emre Can edges closer to sealing a free transfer to Juventus when his contract expires at the end of the season.

Recent weeks have seen the Reds depleted by injuries to key players, with the shortage of options in the midfield department leaving the likes of Jordan Henderson, James Milner and Georginio Wijnaldum to put in a monumental shift.

Jorginho’s ability to initiate attacks and control the tempo of games from deep entails a blend of what Can and Henderson collectively offer the Reds now, making him an ideal fit in the midfield trio setup Klopp has put his faith in.

That said, the Premier League champions look his likely destination at this moment in time as Guardiola strives to offer Fernandinho additional help in central midfield.

A fierce competition for midfield signings has seen Wolves star Ruben Neves pose as another possible target, with various rumours going as far to suggest negotiations have already been underway.

The success of Klopp’s transfer business at Anfield gifts Reds reason to be confident in whoever arrives.