Could Liverpool seal a different blockbuster transfer before the start of the World Cup, following the collapse of the Nabil Fekir deal?

We’re not holding out much hope, to be honest, believing the club is probably quite stung after investing so much time and resources into trying to buy the French playmaker, only to pull out on medical grounds.

However, there’s always a chance Liverpool will pull something out of the bag, in much the same manner we did with Fabinho, who arrived at the club at the end of last month, seemingly out of nowhere.

AS Roma stopper Alisson believes he’ll know where he’s playing his club football next season before the World Cup kicks off, which is in just three days’ time on June 14.

Liverpool and Real Madrid are interested, but his Italian club are also keen on keeping him, as well.

‘I believe and I hope that everything will be resolved before the start of the World Cup,’ the Brazilian said, cited in the Daily Mail.

‘To be honest, I left everything in the hands of my agents.

‘If it’s not resolved before the World Cup, then it will be discussed after it because my head will be focused only on Brazil.

‘There are many possibilities on which we are working, but always together with Roma and with respect to my club. We will see what will happen this week.’

The Mail says a transfer out of Serie A is ‘likely,’ with Liverpool desperately needing a new goalkeeper.

Regardless of the Champions League Final, Loris Karius is not good enough to win us silverware consistently. Nor is his current understudy, Simon Mignolet.

Alisson has the potential to be one of the world’s best, if he isn’t already.

Hopefully we can persuade him to join Jurgen Klopp’s Red Revolution, and his club to sell for a fair price. 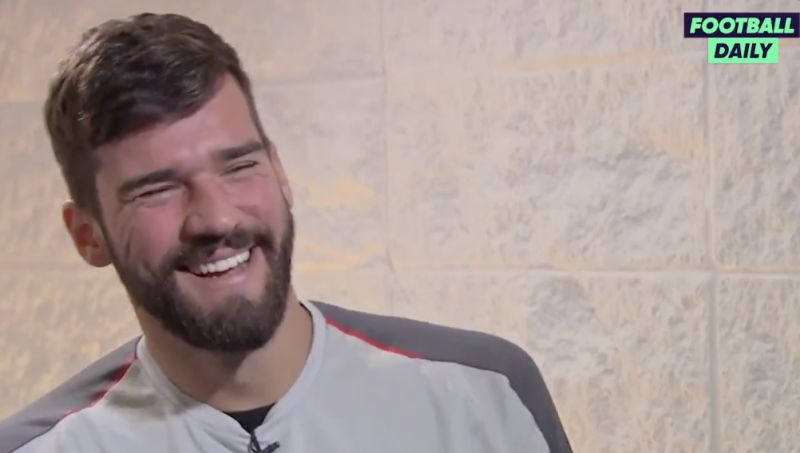